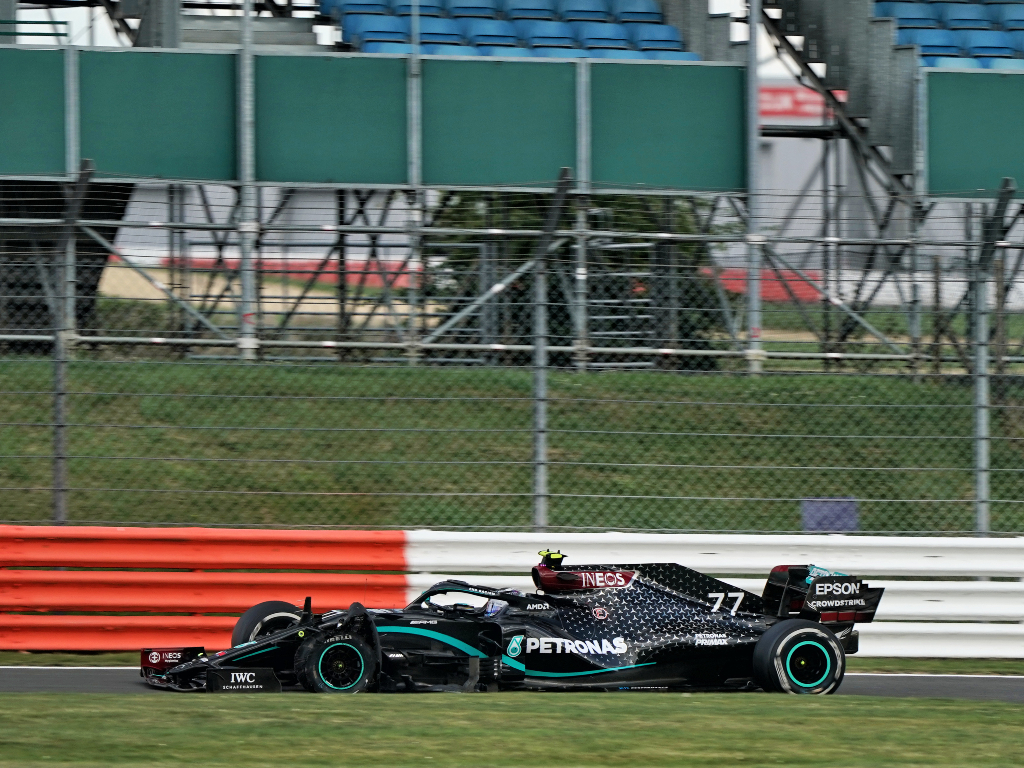 Valtteri Bottas is ready to turn his attention to next weekend after what he described as a “very unlucky” first race at Silverstone.

After qualifying in P2 on Saturday, the Mercedes driver looked set to finish there in the race. He couldn’t get near Lewis Hamilton but was comfortably ahead of Max Verstappen.

However, disaster struck when, with just two laps left, he suffered a puncture and dropped down the order after pitting.

He finished the race just outside the points in P11, and thinks the location of the incident was particularly unlucky.

“It was really disappointing and very unlucky. Where I got the puncture, I had to go around the whole lap, so not ideal,” he told Sky Sports.

“We knew it was going to be a long stint with the hard tyre. I was trying to put pressure on Lewis but towards the end, I was starting to get more and more vibrations.

“I reported that and then at the end I had in my mind that there could be an issue so I started to manage a bit, but it just happened so suddenly and I didn’t really predict it.”

Bottas has a puncture! 🛠

Bottas wasn’t the only one to face such an issue. Carlos Sainz also had a puncture in the closing stages and thus dropped outside of the points, while Hamilton crawled over the line to win.

There’s another race at Silverstone next up, and, with even softer compounds, Bottas is expecting strategies to be hugely different given what happened in the first Grand Prix of the doubleheader.

“It’s going to be an issue for everyone,” he added.

“A one-stop race is not going to happen with the compounds we have next week, so I’m sure there will be lots of things learned from this weekend.

As he failed to score a single point and Hamilton held on, the Brit now has a 30-point lead over the Finn after four races.

To make matters worse for Bottas, Verstappen came home in P2 and is now just six points behind him himself.