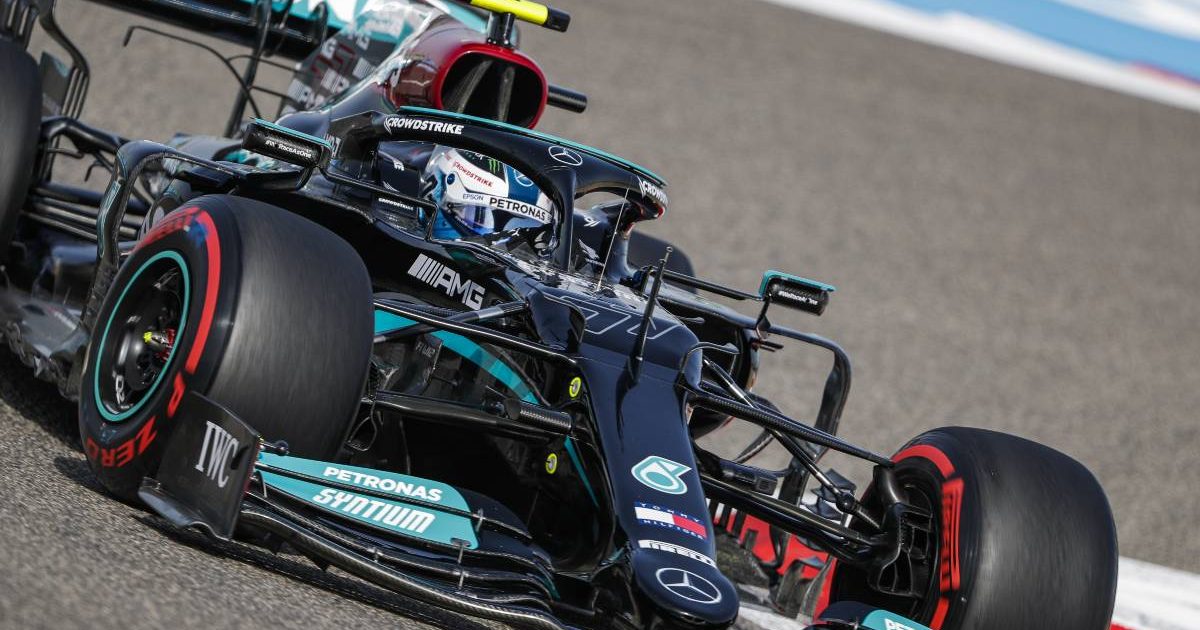 Valtteri Bottas confirmed what he said on the radio in Bahrain that, at times, the Mercedes W12 was “undriveable”.

While Mercedes looked on far better form on Friday in Bahrain compared to testing, it was Red Bull who remained on top with Max Verstappen finishing fastest in both FP1 and FP2.

Bottas finished the morning session within three tenths of Verstappen, but once the darkness fell for FP2, creating conditions more representative of qualifying and the race, Bottas slipped to 0.371s shy of Verstappen’s benchmark, leaving him P5.

“It felt better than in testing in terms of how the car was feeling, so that’s good, but also it felt like we are still not there yet with the car balance,” Bottas told Sky Sports F1 after FP2.

“At least it was a trouble-free day, and no big issues, but I think the main thing in my mind is that now we still have plenty of work to do if we want to fight for the pole and for the win.”

Asked for the worst aspects of the W12 in testing, and how they compare to the W12 in its current state, Bottas replied: “I think the inconsistency in the balance and especially the rear-end of the car was one big highlight.

“In terms of set-up approach we tried to make it better and like I said it does feel better, but it’s not quite yet what I would like to have underneath [me].

“But it is only one thing, there are multiple things that we are working on, and we still have tonight and tomorrow morning to try and figure it out.”

The most concerning moment on Friday from Bottas’ side of the garage came though during FP2, when he labelled the W12 “undriveable”.

And asked about that comment back in the paddock, the Finn backed up his own claim.

“The last long run we did was pretty inconsistent and I couldn’t really put any laps together,” he said.

“The car, as I said, undriveable at times. But it’s Friday and that is why we practice.”

McLaren’s Lando Norris ended the running on Friday in P2, and though the Briton does not expect to be in the mix with Mercedes and Red Bull come Saturday, Bottas did say that Mercedes’ new customer team were looking strong.

That being said, even if McLaren and Red Bull do prove a threat to Mercedes, Bottas believes his team are very much in the conversation.

“We are definitely in the mix, McLaren they looked really strong today, Red Bull as expected,” he explained.

When asked about Bottas’ “undriveable” comment, Mercedes team boss Toto Wolff suggested that was because his driver had been on the track with old tyres.

“I think we left him out there a lot with the tyre, and it was undriveable towards the end,” he stated.