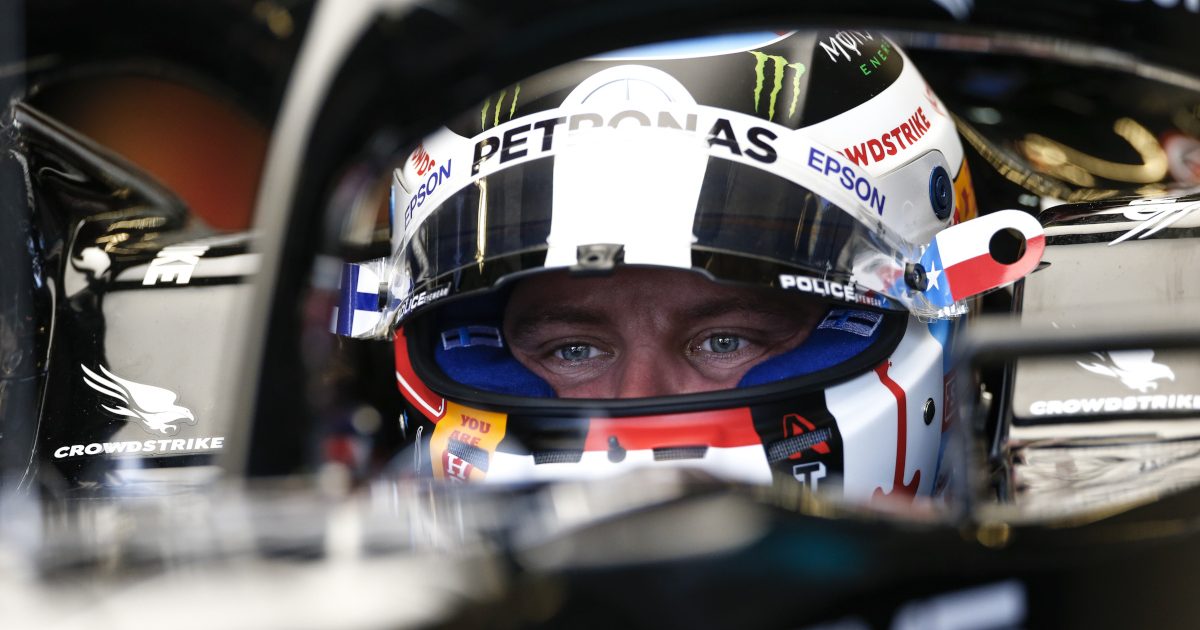 Valtteri Bottas says it could be “quite tricky” working his way through the field at the USGP as the Ferraris and McLarens are “not the easy cars to overtake”.

Not for the first time this season Bottas is having to fight back from a grid penalty, the Mercedes driver taking his third engine penalty of the championship.

Mercedes fitted his W12 with a new ICE meaning a five-place grid drop with the Finn starting the United States Grand Prix from P9 on the grid.

That means he’ll have to pass Pierre Gasly, Lando Norris, Daniel Ricciardo, Carlos Sainz and Charles Leclerc before he even gets to the back of the first Red Bull car.

And that, he concedes, is easier said than done.

“They’re not the easy cars to overtake for sure,” he told Motorsport.com.

“And based on what I felt on Friday, following was quite tricky, but at least it seems like it’s gonna be more or less a two-stop race, so there will be at least two opportunities with the strategy.

“And you never know, there will be opportunities.”

Speaking specifically about the Red Bulls, Max Verstappen fastest in qualifying with Sergio Perez P3, Bottas said he feels Mercedes’ main rivals found something “a bit more” ahead of qualifying.

“Yesterday [Friday] they looked okay, but nothing amazing,” he said, “so I think they found a bit more than we did overnight.

“For me the car felt a lot better than it did yesterday, but still Red Bull made a bigger step with performance, and they definitely had the upper hand today. I still think race pace wise it’d be quite similar.”

Having taken a sixth ICE for the season, Bottas hopes he is now okay for engines for rest of the championship and that there won’t be more penalties down the line.

“It is unfortunate, and is obviously quite unlucky as well, so many times in the recent races. But at least now it’s only a five-place penalty, but it never helps when you are fighting for every single point, it makes things more difficult. But fingers crossed, the rest of the year will go okay, and without penalties.

“We know what the problem always is, it’s sometimes a bit different, mostly the same. But there’s no proper solution yet, but at least the engine I’ve been running here we’ve not seen any issues.

“And also the other one that I have in the pool, which is still quite fresh, that’s working okay. So I hope that with these two engines I can make it to the end.”