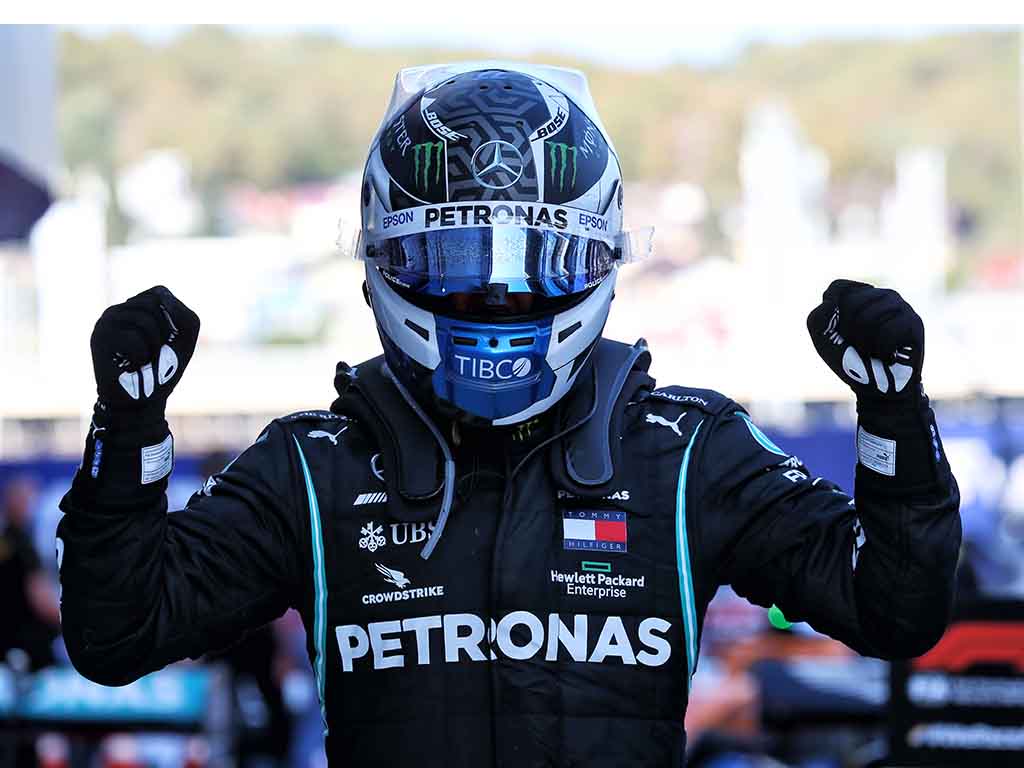 Valtteri Bottas had a radio message for his critics after winning the Russian Grand Prix, but Jolyon Palmer doesn’t think it will silence them.

The Finn, following his second victory of the season, repeated his “to whom it may concern, f***  you” line and the main target of it was to those who have criticised him on social media, some of which Bottas personally replied to on Instagram.

The win, plus a point for fastest lap, sees Bottas narrow the gap to Lewis Hamilton in the standings to 44 points but Palmer still thinks Bottas needs to be more aggressive and pointed out some caveats in what was his ninth career win.

“At times this year I have felt like Bottas has been lacking fight in what he thinks is a Championship challenge with Hamilton,” Palmer told BBC Five Live’s Chequered Flag podcast.

“And I think if he wants to take the fight to Hamilton then there needs to be more starts like he did here in Sochi and actually really fight with Hamilton which he did.

“The fact afterwards he said it was an accident [at the start on Hamilton at Turn 2] is the bit I was giving him most credit for!

“He’s a very fast driver, he challenges Hamilton a lot but it is Bottas who so often says he is in the World Championship fight and he is not in the fight quite as much as you hope you would be if you wanted to take the fight to Hamilton, like Nico Rosberg used to do.

“But I don’t think that win [for Bottas] will silence the critics. Let’s not forget he qualified six-and-a-half tenths away from Hamilton.

“Hamilton did two laps that are basically half a second quicker than Bottas did on either, that is not silencing anyone.

“He got out-qualified by Max Verstappen. He won, he got off to a good start, he measured the pace, but he didn’t have to do anything after the start. He beat Verstappen in an inferior Red Bull by seven seconds…that’s fine.

“He got fastest lap, which is good, but again he didn’t have the fight from Hamilton. I kind of think anything less than what Bottas did would have been a disappointing race rather than him really punching above his weight.”