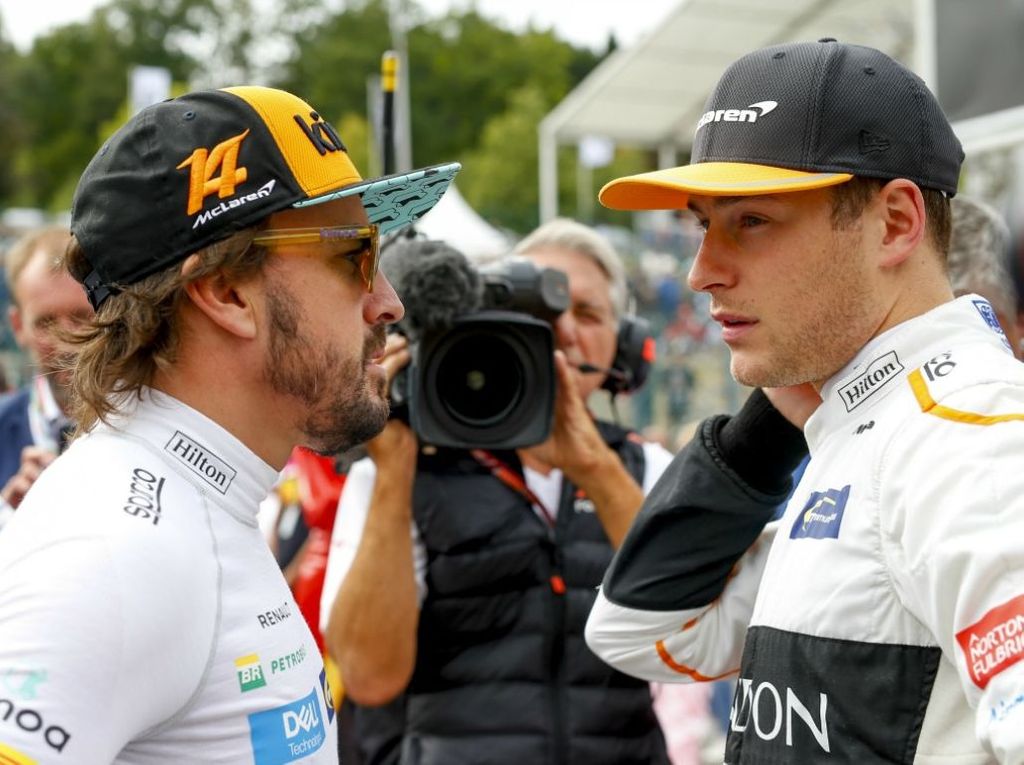 Stoffel Vandoorne says he had no issue with Fernando Alonso, but admits that he “always got what he wanted” at McLaren.

Vandoorne graduated to the McLaren team in 2017 to race alongside Alonso, giving a very good accounting of himself in his first full F1 season by scoring 13 points compared to Alonso’s 17.

But after making the best of what was a year decimated by reliability issues, 2018 proved to be step backwards for Vandoorne and he would leave the team at the end of the season, along with Alonso.

The Spaniard has remained a part of McLaren as an ambassador, testing the MCL34 this year and getting involved in their Indy500 project, but it isn’t a surprise to Vandoorne who says his former team-mate “always got what he wanted”.

“I never had any problems with him, but he always got what he wanted,” Vandoorne told Belgian news outlet Sport/Voetbalmagazine.

“There was always two, three well-placed people in the team who made sure everything went the way Fernando wanted it to be.

“The team gave him all the support and power. Every driver would have benefited from extra equipment to perform better than his team-mate.

“On paper I never finished in front of Alonso, but of all the team-mates I came closest, even just behind him.

Vandoorne now competes in Formula E with the newly formed Mercedes team, picking up a P3 finish in the first race of the season-opening Diriyah ePrix, and he believes Formula E is a better place to focus purely on racing as opposed to the “fake” political world of F1.

“It is a bit of a fake world in which everyone gets along well, but above all has their own interests to defend,” he said.

“In Formula E, Le Mans or the WEC endurance races you will find pure racing right now. You come here to race, not to do politics.”

Vandoorne believes that Formula E isn’t quite yet on the level of F1, but says the series is the future of racing, evidenced by the arrival of manufacturers like his current team Mercedes.

“Formula 1 remains the largest championship, Formula E is just below that”, he said.

“It is one of the most competitive championships I have competed in. Many drivers have experience in Formula 1, others have a track record with which they could enter F1.

“It’s the future. That’s why you see more and more car manufacturers.”