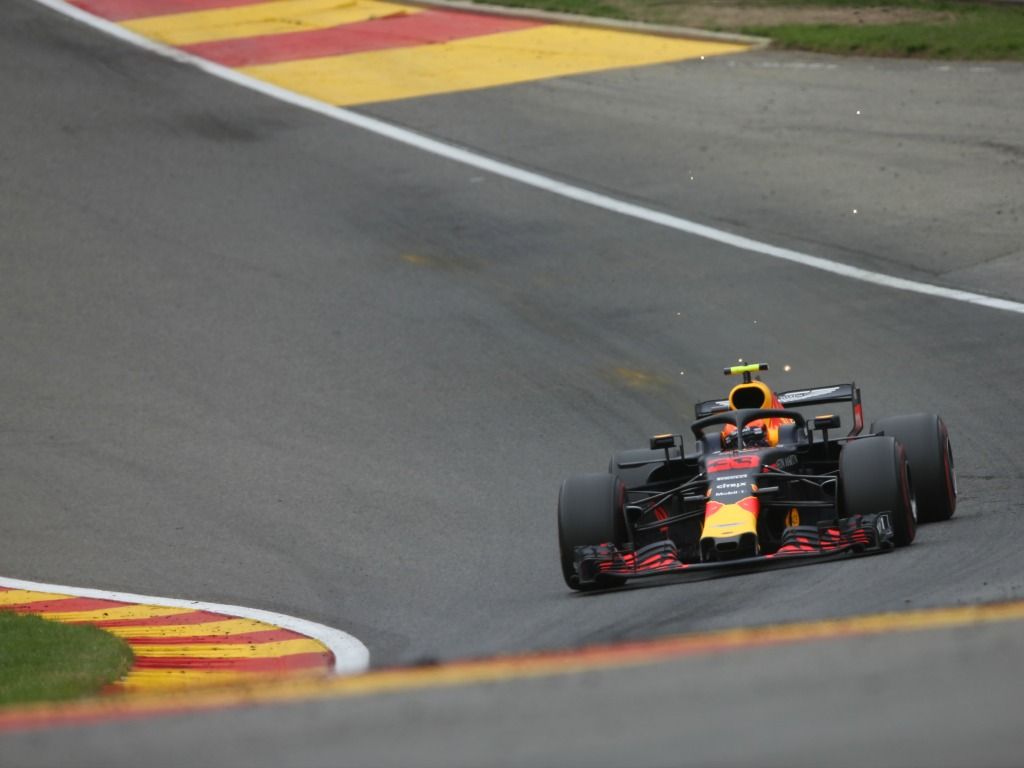 Max Verstappen has said that finishing on the podium in the Belgian Grand Prix is more special, as it is the closest race to home for the Dutchman.

The Red Bull man finished in P3 behind Lewis Hamilton and Sebastian Vettel at Spa-Francorchamps on Sunday afternoon.

With thousands of fans clad in orange in the stands, Verstappen was able to enjoy the final few laps and soak the atmosphere in.

“It was nice on the last lap because you don’t do the full lap after the finish so on the last lap they [the fans] were already cheering me on so it was amazing to see.”

Despite the chaos on the opening lap, the Dutchman had a pretty lonely race, finishing 20 seconds behind the top two, and 32 seconds ahead of P4 man Valtteri Bottas.

“Yeah there was a bit of chaos in Turn 1 but luckily I was on the inside, and no crazy things happening there,” the Dutchman added.

“And then from there on, on Lap 1 I passed Grosjean up the hill so that was good the race.

“From there I just knew that I had to be patient with the Force Indias because we had the pace to just go by, but still, they were bloody quick on the straight.”

“As soon as I opened the DRS, I thought I would drive by, but it was still a bit harder than expected. It was still enjoyable, though, but after that it was quite a lonely race.”

It may have been lonely, but it gave the 20-year-old the opportunity to try some things out with his Red Bull.

“It was important to test the car a bit, you know,” he continued.

“How much we could push and yeah, it seemed all good.

“We were a bit slow compared to Sebastian [Vettel] and Lewis [Hamilton] but I think the car, in terms of balance, was really good.”

After one power-dominated circuit comes another, with Verstappen believing that the Red Bull will struggle again at Monza in seven days time.

“We will just try to do the best but normally it will be even worse than here in terms of pure pace,” Verstappen said.

“Like you see today, though, a lot of things can happen and we try to be there and if something happens then we will be there.”

With Sunday’s podium finish, the Dutchman has moved up to P5 in the Drivers’ Championship, leapfrogging his team-mate, Daniel Ricciardo.