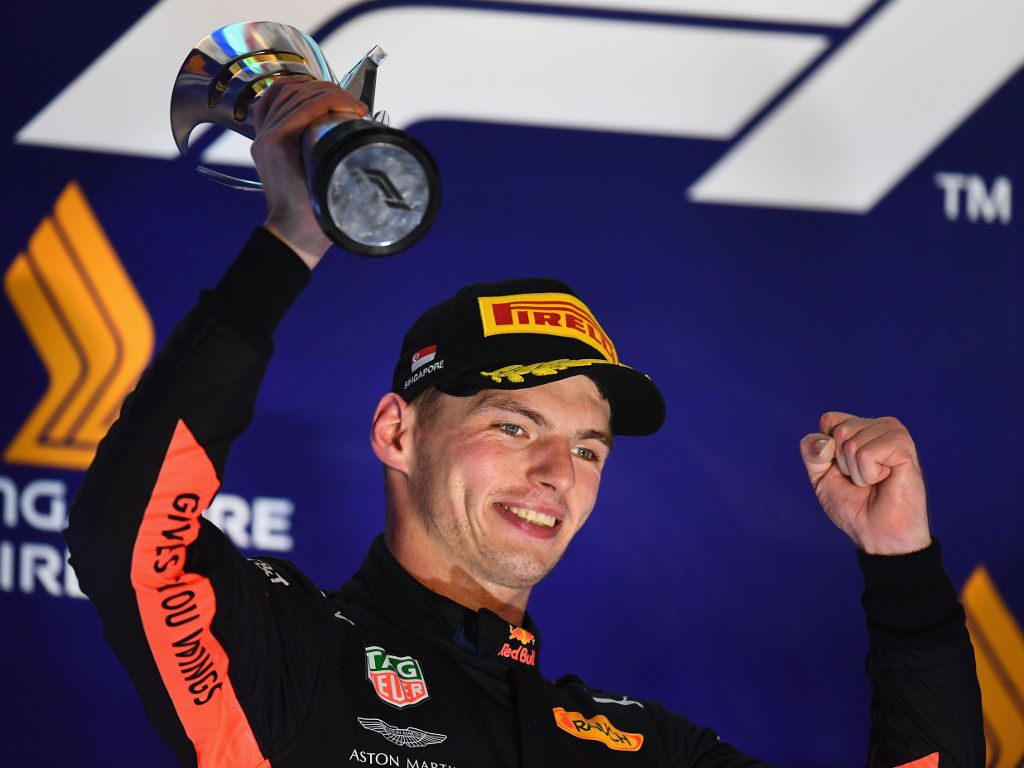 Max Verstappen admits while he tried to follow Lewis Hamilton in Sunday’s Singapore Grand Prix, runner up was “the best” he could ask for.

Verstappen started Sunday’s 61-lap grand prix at the Marina Bay circuit second on the grid but was challenged by Sebastian Vettel on the opening lap.

The Ferrari managed to overtake him on lap 1 but it was Verstappen who came out tops in that battle in the pit stops.

WATCH: Vettel and Verstappen fight it out on the streets of Singapore

Holding onto second ahead of Vettel, he tried to chase Hamilton for the victory but conceded P2 was the best he could hope for.

Verstappen: “Yeah it was not bad.

“A shame from the first lap but you can clearly see we missed top speed.

“From there on, I think the team had a great strategy so we could get back into second place and basically we did our own race.

“We tried to follow Lewis a little bit, but in the end we knew that second was going to be the result so you just bring it home.”

Speaking about the start, the Red Bull driver revealed he had a few problems which allowed Vettel to make the move on him down the Raffels Boulevard.

He was, however, happy to finish P2 ahead of the German.

“Yeah it was not a perfect getaway, but under the Safety Car, it was almost blocking down, false neutral so yeah a lot of problems but still, very happy with second.”