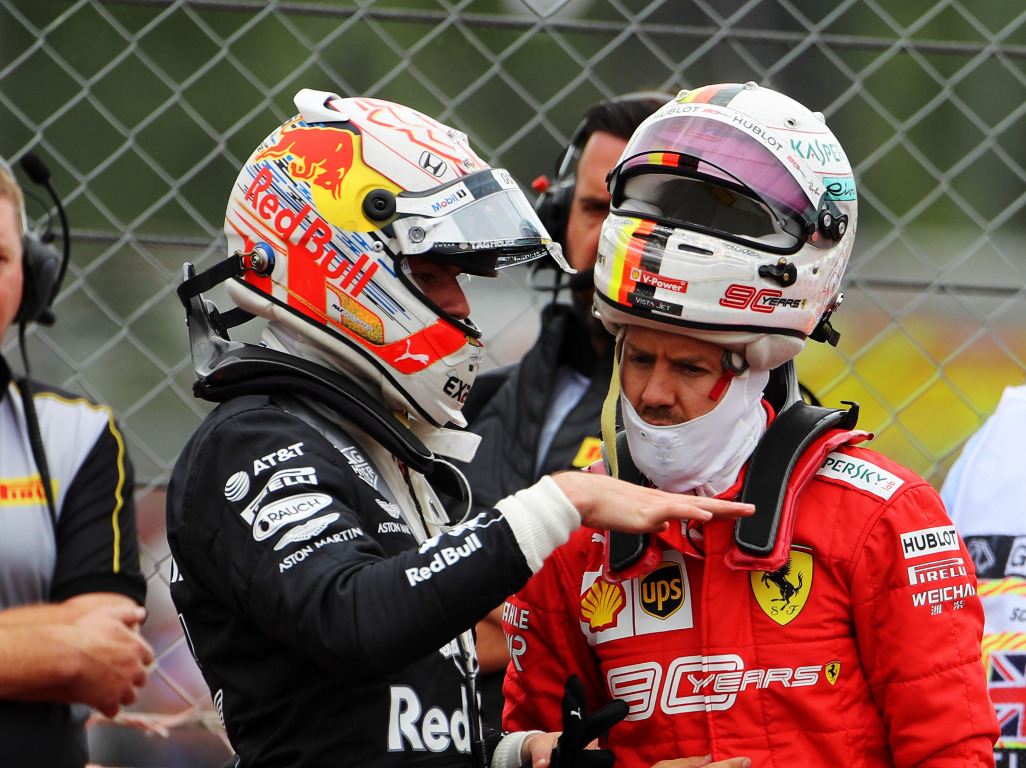 Sebastian Vettel says there was no time to react, however, Max Verstappen says the Ferrari driver should have realised he was “going to close the door” and backed off.

Vettel booted Verstappen off the British Grand Prix podium when their clash with 10 to go ended in disaster.

Verstappen overtook Vettel under braking to run third at Silverstone only for the Ferrari driver to fight back.

Vettel believed there would be a “gap to the left which I was going to go for but it didn’t open.”

He added: “By that time it was already too late and I was too close so I crash.”

The German was quickly over to Verstappen in parc ferme to apologise, admitting he was 100 per cent to blame.

But while Verstappen accepted the apology, he feels Vettel should have backed off.

“It was all looking very good, we had good pace catching Sebastian, still managing the tyres a little bit then I went for it,” he told Racer.com.

“Caught him on the outside, then defending into T17 but got rear ended so…

“He could see I was going to close the door on the inside.

“He should’ve backed off… here I think he could expect me to close the door and not go ahead.

“He outbraked himself and locked up and hit my car.

“But we already spoke to each other, he apologised so, again, what can you do?”

Despite the crash, Verstappen managed to bring his RB15 home in fifth place – nine seconds off the podium

“I honestly don’t know how I brought that car to the finish!

“I think my power steering failed, my seat was out, so all the time on the braking I was going forward, and in the high-speed corners I was moving left and right.
“Yeah, the car was really, really neutral.

“When I jumped out of the car the whole floor and the rear were destroyed, so I’m so happy to finish fifth.”