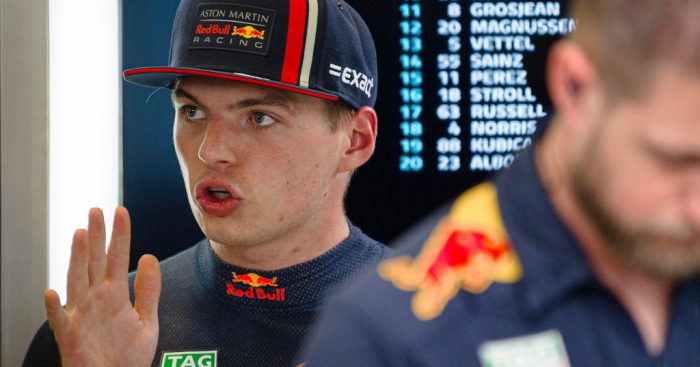 “A lot of good drivers” would be on Lewis Hamilton’s tally of five World titles if they had been in his cars; that’s according to Max Verstappen.

Heading into Formula 1’s summer break, the hot topic at the moment is who is better: Verstappen or Hamilton.

Nico Rosberg reckons Verstappen would beat Hamilton in the same car with the Brit saying he’s open to teaming up with Verstappen and dispelling that myth.

For now that’s not going to happen, not unless Hamilton moves to Red Bull as the Milton Keynes squad is adamant Verstappen will be staying put for 2020.

The Dutchman, though, is throwing fuel on the debate, saying he feels there are “a lot” of drivers who would have achieved Hamilton’s five World titles if they had his cars.

In fact, Verstappen reckons Hamilton’s former team-mate and nemesis Fernando Alonso would have “eight or nine” on the board.

He told the Daily Mail: “There are a lot of good drivers around the paddock who are capable of winning five titles.

“I have a great deal of respect for what Lewis has achieved.

“But you need luck in your team, and then be able to beat your team-mate.

“Then, if the team is winning for a long time, the victories soon add up.

“Fernando Alonso would probably have won eight or nine titles in the right team because he was a brilliant driver.

“In F1 at the moment, there are three of four drivers of that capability.”

As for his talk of his own future and the possibility of swapping to Mercedes come 2021, Verstappen is adamant he “believes” in the Red Bull programme.

“Winning multiple titles at Red Bull is my target and I believe in it,” he said. “It is like a family.

“What does the future hold? I can’t answer that one yet.”