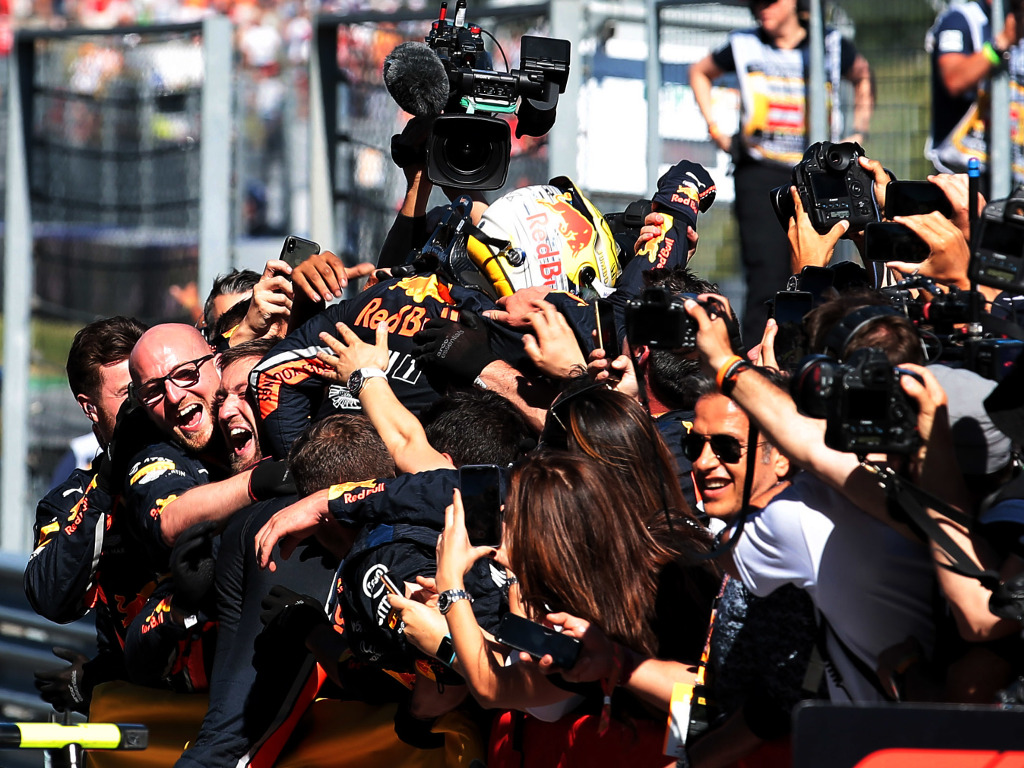 Max Verstappen had Charles Leclerc “slam dunk and check mate” according to Christian Horner, who says it would have been “incomprehensible” had his driver lost the Austrian GP win.

Verstappen put in a storming drive in the final 20 laps of the Austrian Grand Prix as he raced from fourth to first, passing Sebastian Vettel, Valtteri Bottas and Charles Leclerc to take Red Bull’s first win of this campaign.

The win was, however, in doubt for three hours after the race as Verstappen’s final pass, the one on Leclerc, saw the two bang wheels and the Ferrari driver pushed wide.

The stewards eventually ruled it a racing incident.

Asked how Red Bull would have reacted had Verstappen lost the win, Horner said: “It is not worth thinking of, because frankly they made the right decision.

“It is incomprehensible to think that they would have changed the podium after a race like that.

“That was just the tonic that F1 needed for a fantastic race.”

The team boss explained that while Red Bull were “completely convinced” that the pass was spot on, he had a bit concerned when the stewards got involved.

He added: “And then of course it goes to the stewards and then at that point you don’t know.

“But I think Tom Kristensen and the stewards who are up there have made absolutely the right choice.

“One day it will go against us, but it was fair racing, it was hard racing and it is what F1 should be.

“If you look, he was ahead at the apex, and then at that point he has won the corner.

“It is for the other guy to back out of it and try the undercut, otherwise at that point it is slam dunk and check mate he has got the corner.

“That is the way the stewards saw it.”