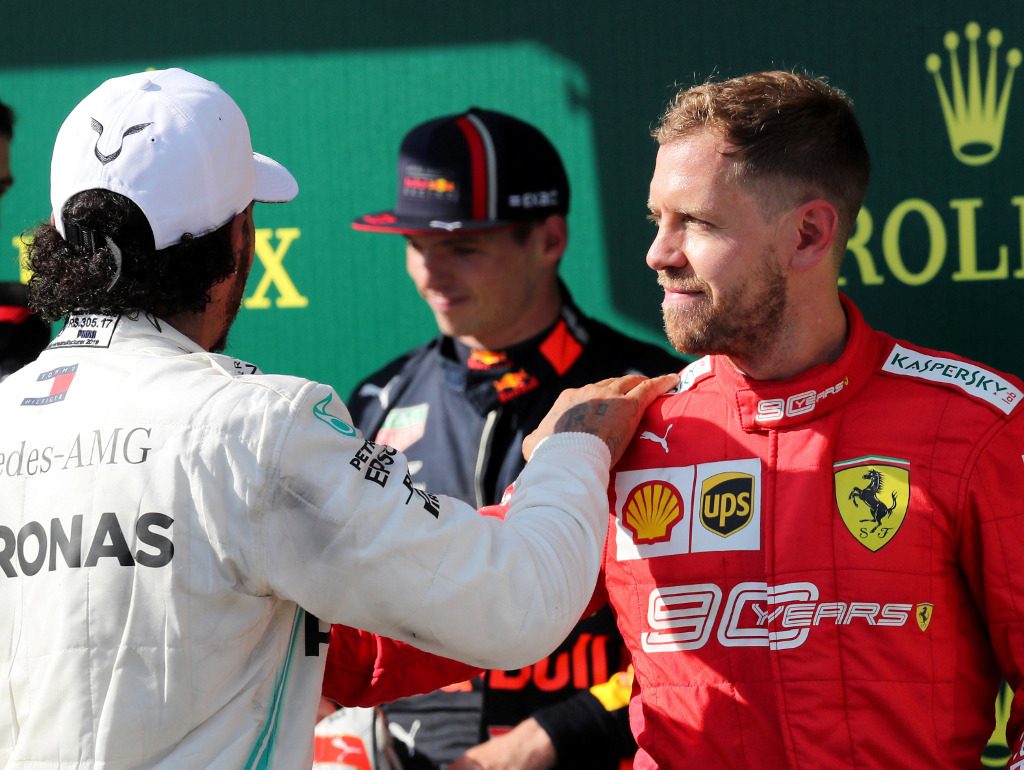 Max Verstappen has asked “why not?” when it comes to Mercedes potentially partnering Sebastian Vettel with Lewis Hamilton at the Silver Arrows in 2021.

Vettel is leaving Ferrari at the end of the 2020 campaign and is currently without a team for next season.

Mercedes, who are eager to restart talks with Hamilton as his current contract expires following the conclusion of this season, also need to resolve who will partner him on the other side of the garage.

Valtteri Bottas, looking to secure another one-year contract, has said that he was told Vettel was not an option for the Silver Arrows – but Mercedes boss Toto Wolff had previously refused to rule him out of the equation although he also made sure to mention the Mercedes-backed George Russell as another alternative.

Red Bull boss Christian Horner has said he would love to see the Hamilton-Vettel dynamic at Mercedes and it appears Verstappen would welcome it, too, especially as he does not want to see the four-time World Champion leave the grid.

“Yes, of course I was a little surprised but on my part it is difficult to say what happened there,” Verstappen said in an interview with German outlet RTL.

“In the end it was Seb and Ferrari’s feeling that this was the best decision. Now we’ll see what Seb does.

“He has achieved so much in the sport, it would be a shame if he was no longer there.”

Asked whether he could see Vettel at Mercedes with Hamilton, he added: “It’s difficult to say. At the end on my side it doesn’t matter…but yes why not. It could happen, of course.”

Verstappen, meanwhile, has Mercedes in his sights as he prepares to go to battle with them first at Red Bull’s home track where he has emerged victorious in the last two years.

“So far Mercedes and Lewis have done a great job, but this year we want to compete with them,” he added.

“Hopefully we can get many victories this season and make the championship exciting.”

In other Verstappen news, he has reportedly splashed the cash on a new Ferrari Monza SP2 supercar.