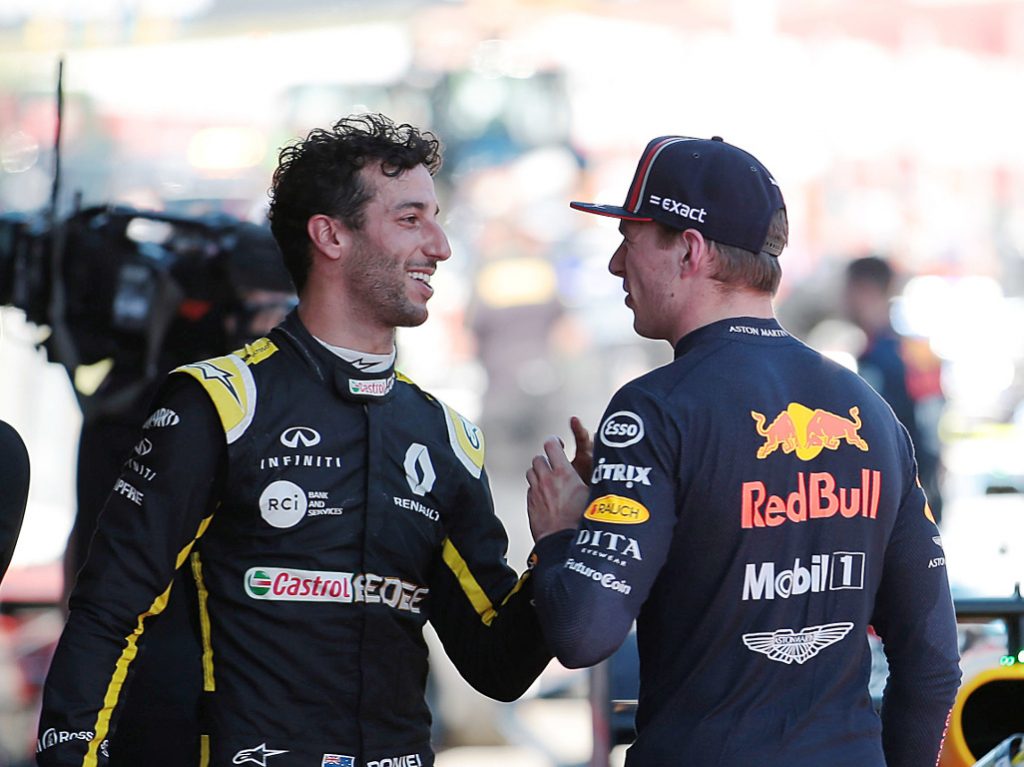 Max Verstappen admits that he misses having a team-mate of the calibre of Daniel Ricciardo, both on a personal level and with Red Bull in mind.

Ricciardo left Red Bull at the end of 2018 to join Renault, having partnered Verstappen at the Austrian team since 2016.

Verstappen has worked alongside two team-mates in 2019 – Pierre Gasly who replaced Ricciardo, and then Alex Albon who arrived during the summer break to take over from the under-performing Gasly.

On a personal level, Verstappen says that he misses having a team-mate who can consistently match him and push him to reach new highs, like Ricciardo did.

Speaking to Motorsport.com at a Tag Heuer event in Amsterdam, Verstappen said: “[I want] someone who can be in the fight and push me to greater heights as well.

“I think I had that ideal situation with Daniel. When I joined the team, I was of course more of a rookie and he was already there for a few years. Then you can learn and build up nicely, but at a certain point it also became more difficult for him, because we were very close together the whole time.”

Albon has actually scored more points than Verstappen since joining Red Bull, claiming 48 to the Dutchman’s 31, and Verstappen believes that the “feedback” the rookie offers Red Bull is improving.

“I think it’s getting better. Of course this is his first year in Formula 1 so you can’t expect of him that everything goes great straight away, also in terms of feedback and stuff. But so far it’s all going well,” he explained.

As Ferrari have shown this year though, having two drivers who are evenly matched and battling to be No.1 can cause a few headaches.

But, Verstappen insists that it’s important for a team to have a driver line-up like this.

“In the end this is also very important for the team,” he added.

“You also want someone who works in the same direction in terms of setup and wants the same things from the car. Then you can also develop the car much better.

“Then you can put the cars on different programs on a Friday, if you can rely on both drivers to get the right information. These things are very important for me, but also for the team.”