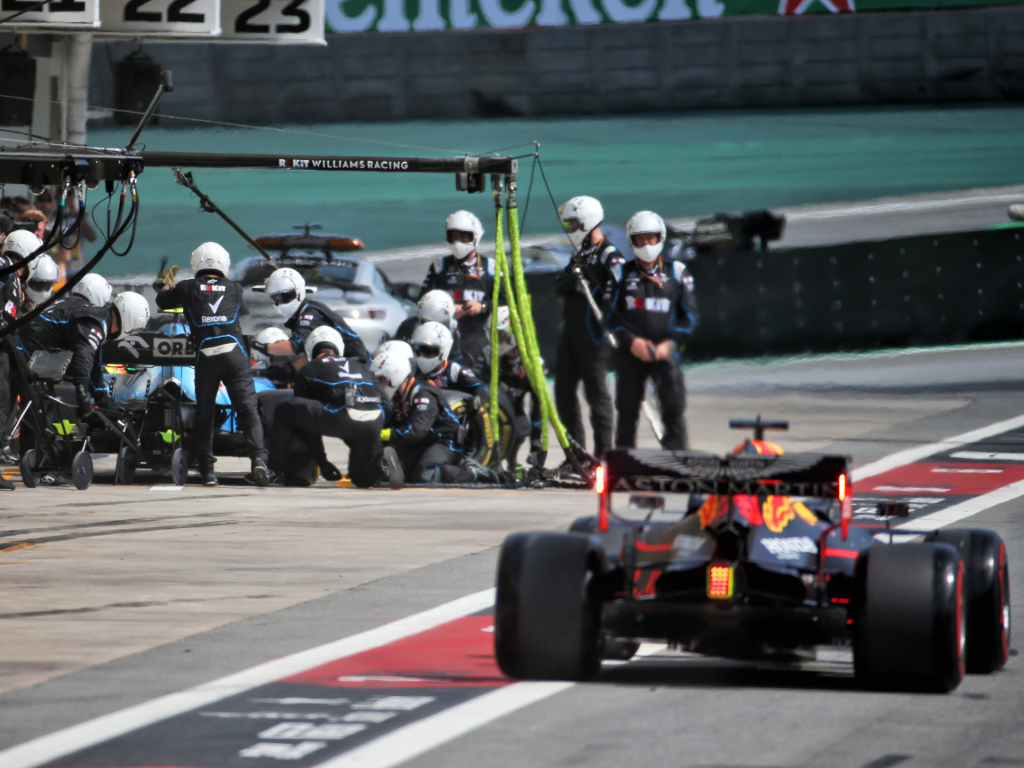 For the second year in a row Max Verstappen almost lost the Brazilian GP win because of a backmarker, this time Robert Kubica.

Last year Verstappen was cruising around the Interlagos circuit with a comfortable lead over Lewis Hamilton when Esteban Ocon tried to unlap himself.

The two made contact with Verstappen spinning and falling to second. He was unable to catch Hamilton and had to settle for P2.

This year he was again racing against Hamilton when a backmarker got involved.

This time around it was Kubica in the pits with the Williams driver, stopping ahead of Verstappen, was released into the Red Bull driver’s path.

Verstappen was pushed towards the wall and forced to brake.

He then had to follow the slower Williams down the pit exit, costing him valuable tenths.

“I had the traffic with the Williams cars and Lewis of course pitted that lap,” Verstappen explained.

“It was not very nice.

“Actually, I did my pit stop and I came out also Robert came out and he almost took me out, I went into the wall.

“I had to brake there…

“I almost caught the anti-stall, so yeah, it was very close.”

The Dutchman returned to the action behind Hamilton and the Ferrari of Charles Leclerc.

He made short work of the Monégasque driver before attacking Hamilton to take the lead.

“On my out lap, luckily for me Lewis got stuck in the middle sector with Charles,” he continued.

“I pushed up to them and luckily I could get by Charles into Turn 12 and then I still had the tow and the DRS of Lewis.

“I was on full power and DRS open and I could get Lewis into Turn 1.”

Verstappen would have to pass Hamilton again later in the race after a Safety Car restart following Valtteri Bottas’ DNF.

The Dutchman raced to the win, his third of this season.