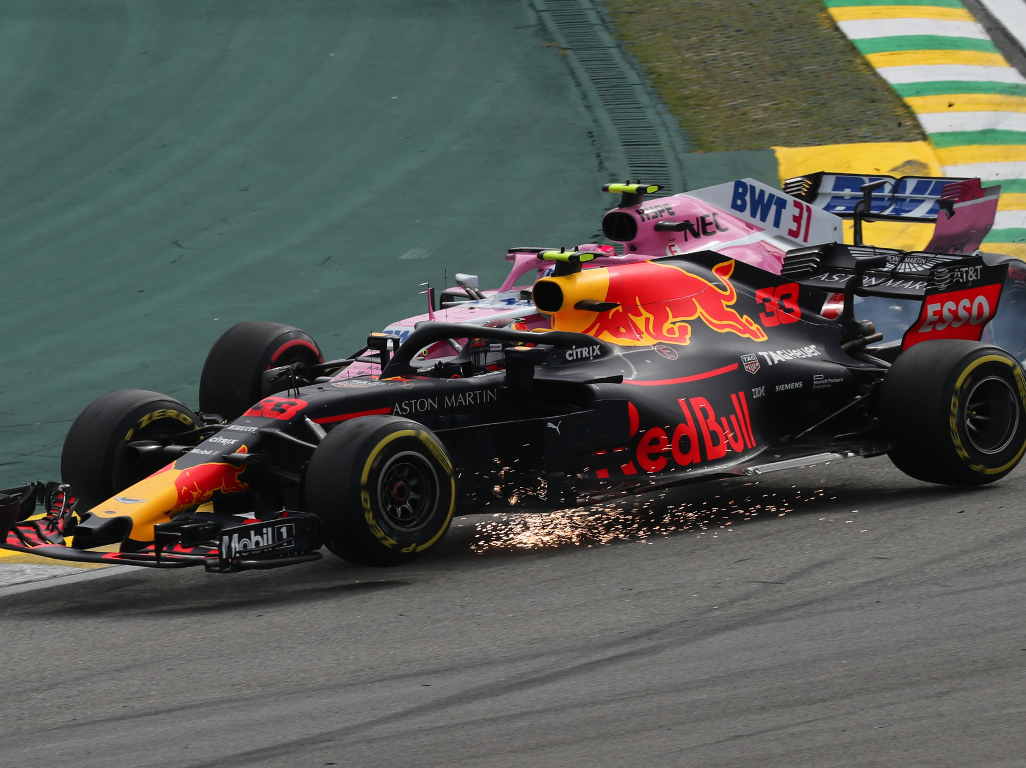 What a difference a year makes as Max Verstappen now looks back at his 2018 collision with Esteban Ocon with a smile, saying it is perhaps “karma” for his father Jos’ 2001 crash.

Last season Verstappen was furious with Ocon when the then Racing Point driver went to unlap himself at the Brazilian Grand Prix.

Instead he collided with Verstappen, pitching the race leader in a spin and costing him the victory.

Such was Verstappen’s anger that he confronted Ocon after the race, physically shoving the Frenchman.

A year later, and having banished those ill feelings with a victory in Sunday’s Brazilian GP, Verstappen says he can now laugh about the 2018 incident.

“Honestly, I can laugh about it now,” he told Sky Sports. “It happened.

“I think it was karma from my dad back in the day. Now I’ve got it back.”

Back in 2001, Jos Verstappen crashed into race leader Juan Pablo Montoya robbing the BMW-Williams driver of his maiden F1 victory at the Interlagos circuit.

“My dad took out the leader when he got lapped, so it was karma,” said the younger Verstappen. “It had to happen to me.”