Home News Verstappen: One day we’ll look back and laugh 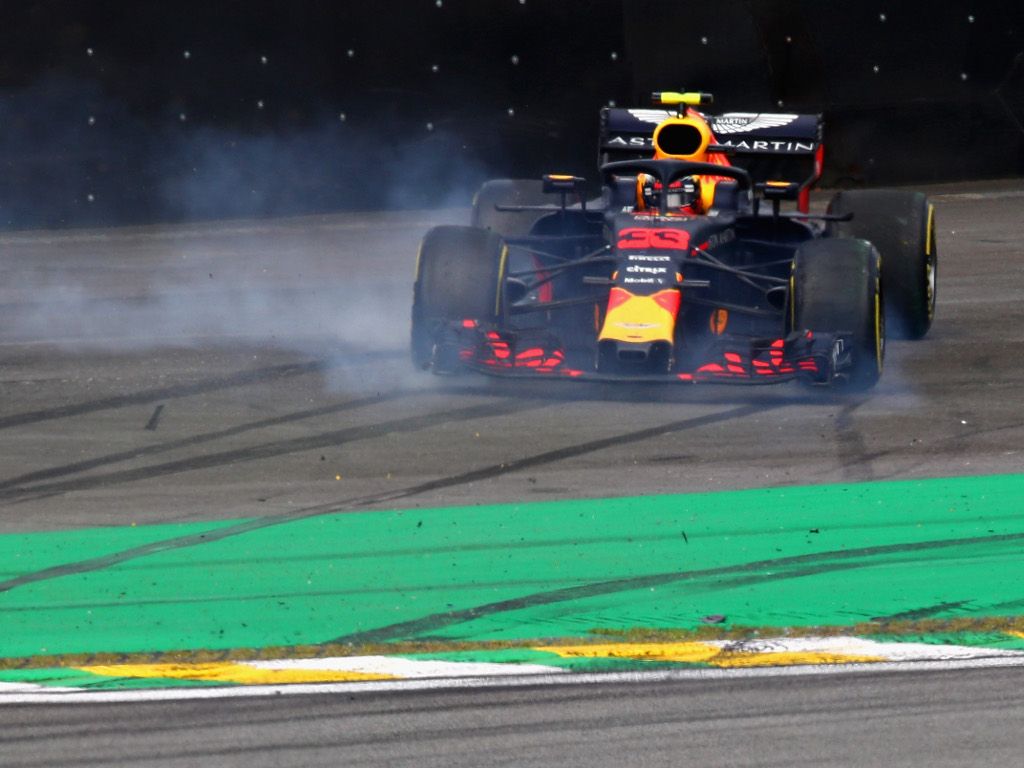 Seething over Esteban Ocon’s “stupid risk”, Max Verstappen says the Force India driver may have received a stop-go penalty but his, losing the race win, was far harsher.

Verstappen looked to be on course for Sunday’s Brazilian Grand Prix win having overtaken Lewis Hamilton to lead the race.

He immediately built up a lead of almost three seconds over the Mercedes driver only for disaster to strike.

Ocon, a lap down on the Dutchman, tried to unlap himself through Turn 1 and 2.

The two collided, both spinning off the track.

Ocon was later handed a 10-second stop-go penalty, however, for Verstappen the punishment was far greater.

The irate Red Bull driver physically shoved Ocon in the weighing room after the race to show his displeasure and hours later was still struggling to get a hold of his emotions.

“To get taken out like that, and to get a stupid response from his side as well, I was not happy about that,” said Verstappen.

“I’m just trying to do my race and suddenly a backmarker is… just taking a stupid risk, to dive in on the inside.

“What can I do about it?

“The penalty for me today is that I lost the victory.

“Hopefully in 15 years we can laugh about it.”

The 21-year-old defended his physical response to the Ocon collision, saying: “We are all passionate about the sport. I mean, it would be odd if I had shaken his hand.”

He did, however, reportedly do just that after the two left a stewards’ meeting later in the evening.

Both drivers were called to the stewards who were not impressed with the post-race altercation.

The stewards ruled: “While sympathetic to Verstappen’s passion, the Stewards determined that it is the obligation of sportsmen at this level to act appropriately and as role models to other drivers at all levels and found that Verstappen failed in this respect.”