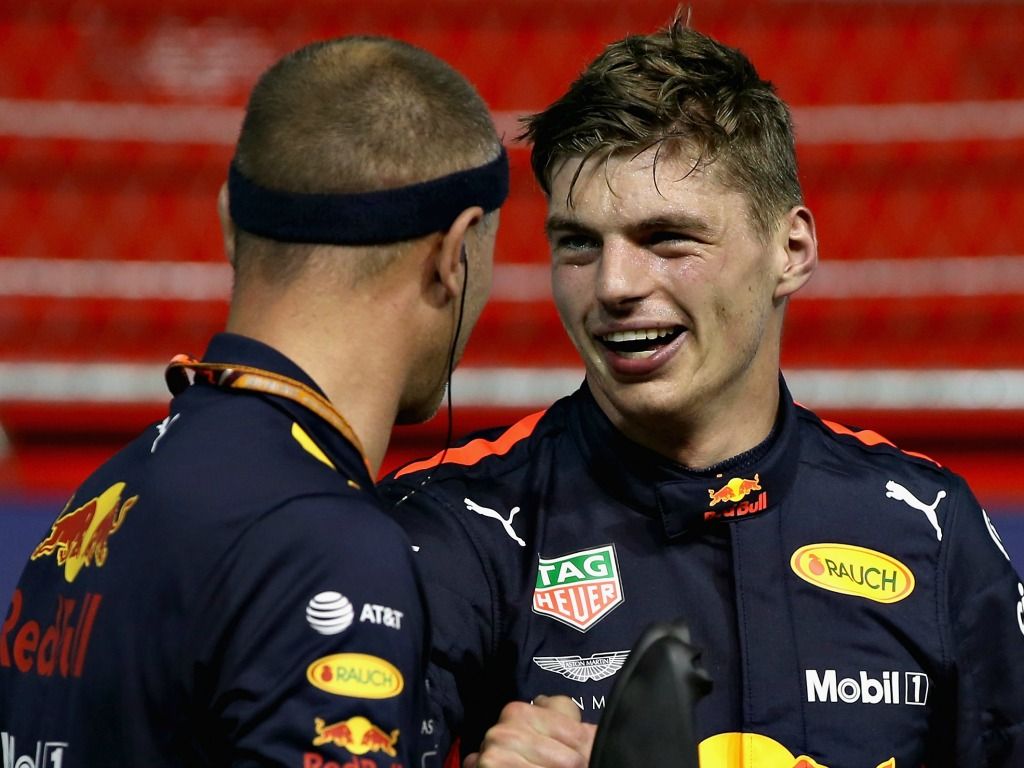 Max Verstappen is delighted to be starting the Singapore Grand Prix on the front row after experiencing problems with his Renault engine.

The Dutchman started Saturday with several moans over team radio about the Renault power unit, but ended it by splitting Lewis Hamilton and Sebastian Vettel on the grid for Sunday’s race.

“Honestly, this feels like a victory,” Verstappen said after qualifying, where he finished three tenths behind pole-sitter Hamilton.

“The amount of problems I have had today, and even in qualifying with the engine. Just not having a smooth run, cutting and torque, to be second is unbelievable so that just shows that we have an amazing car.

“We just have to make sure that we have a clean start and then from there on, everything is possible. We do have to sort out the engine for tomorrow but at least I am very happy with the car.

“It was a good lap, the car was actually working really well. We made a really good step from all the practice sessions into qualifying in how we were setting up the car.

“Even with the problems we had, the car was sometimes falling into neutral, weird things with the engine when I was going on the power.

“It was cutting out and even in Q3 I had that problem so very weird but very happy to be still second.”

Very happy to be on the front row, really great! @redbullracing, thanks for the amazing car 👊🏻 Tomorrow should be fun #KeepPushing #UnleashTheLion #SingaporeGP 🇸🇬 pic.twitter.com/Of5FierpJZ

Verstappen would not fully commit to his chances of victory but is in a great position to attack.

He said: “It all depends on the start. If you can take the lead there then for sure you have a good chance.

“Also, it depends on the Safety Car coming in but starting second gives you a better opportunity than starting fifth or sixth.

Verstappen also said he would not be dwelling on his 2017 start in Singapore, where he was involved in a three car pile-up with Vettel and Kimi Raikkonen.

He added: “Those things happen in racing, they can happen on every track and it was just a very unfortunate situation. Everybody learns from those situations and is keen to move on.

Verstappen is also hoping a turned down engine can alleviate any concerns about a potential DNF.

“This is my best qualifying in F1 so far, it was a good lap, one I can be happy with,” he said.

“In the race, you have to turn down the power, it’s just when you go to the limit of the engine that we struggle.

“Yesterday in the long runs, I didn’t have the problem but if it breaks, it breaks. You can’t change it.”