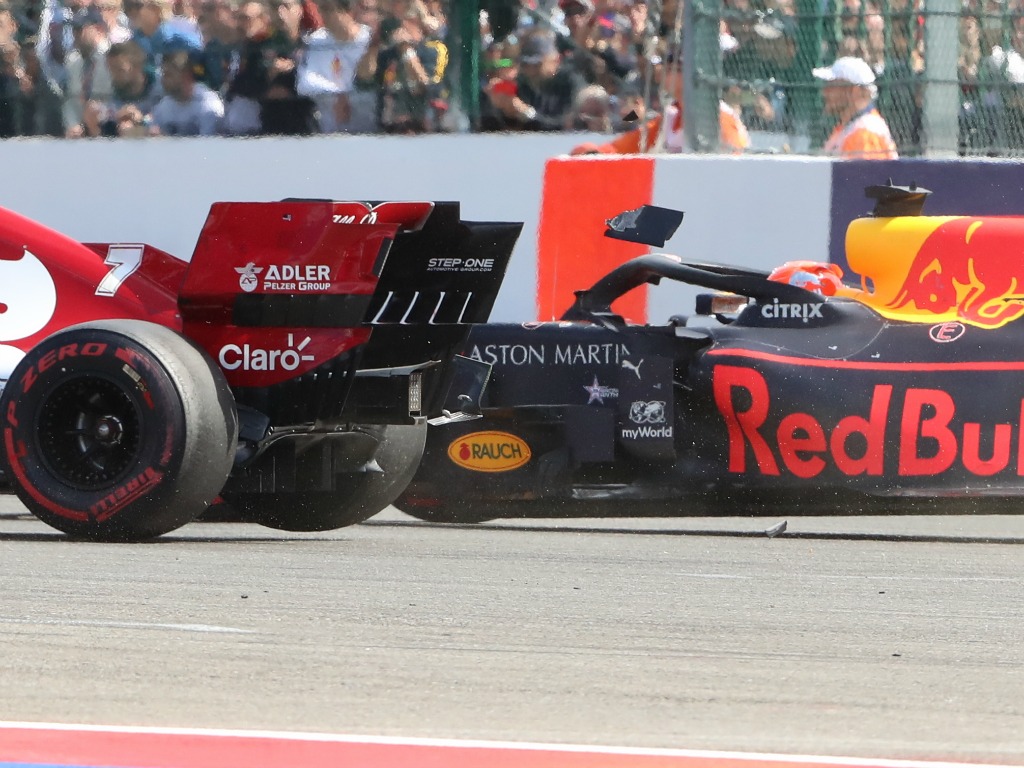 Verstappen took the inside line at La Source as the five lights went out, but Raikkonen would be left with nowhere to go and turned in on the Dutchman, sandwiching him against the wall as Raikkonen briefly went airborne.

Raikkonen would be forced to pit under the resulting Safety Car, but Verstappen wasn’t out of the woods yet as his failing steering caused him to veer off and hit the wall at Raidillon, an incident which was met with distinct groans from his army of Dutch fans.

“What is he [Raikkonen] doing?” questioned Verstappen on team radio.

The stewards confirmed that no further action would be taken over the incident.

Verstappen’s 21-race streak of top-five finishes now comes to an end, a run which had started at the 2018 Hungarian Grand Prix.

Back in the paddock, Verstappen blamed a poor start for his first lap woes – something that will need to be investigated.

“It was a poor start and I don’t really know why but we’ll look into it,” Verstappen told Sky Sports F1.

“I broke a little bit later than the cars ahead of me. Kimi didn’t expect me to be there anymore, so we touched.

“It’s not a feeling that I’m used to but that’s racing and these things can happen. It’s not going to be the best for us next week but we’ll try to make the most of it.”