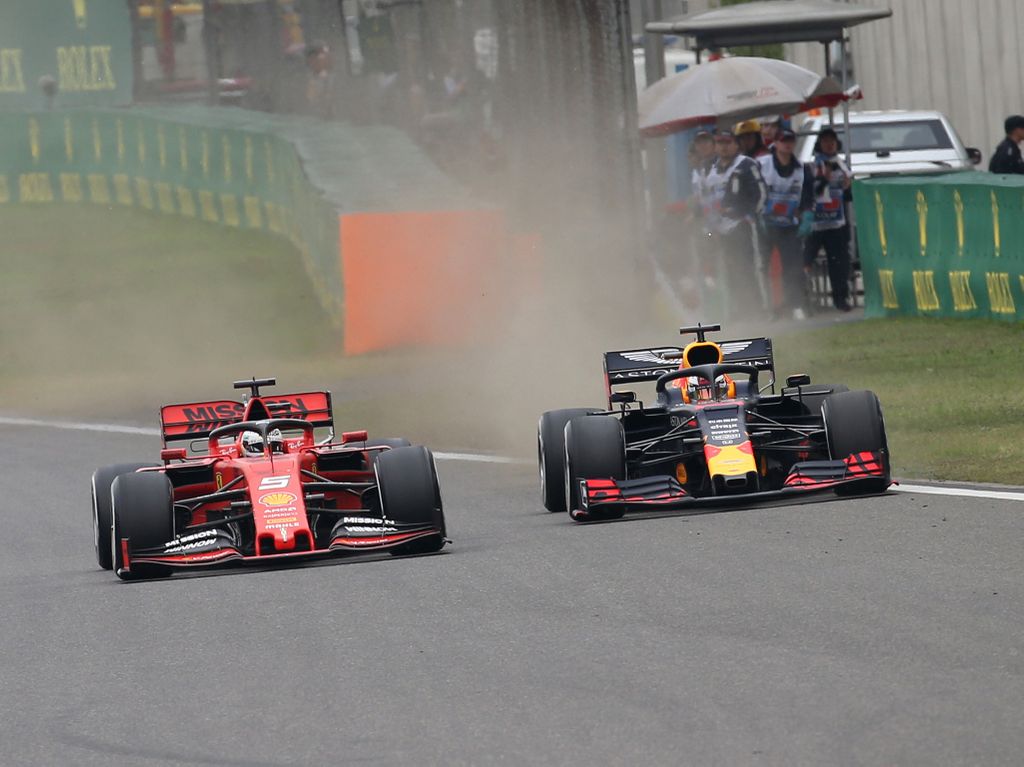 Max Verstappen says he has no issue with the way Sebastian Vettel defended his position in Shanghai, even though he was pushed wide onto the dirt.

Racing for position in Sunday’s Chinese Grand Prix, P3 and the final spot on the podium, Verstappen made his move on Vettel at the Turn 14 hairpin.

The Red Bull driver attacked Vettel on the Ferrari driver’s first lap out of the pits, using his warmer tyres to get better grip at the tight corner.

He dived down the inside of the Ferrari but locked up slightly allowing Vettel to gain momentum and the better line through the exit.

But while the stewards briefly looked at the incident, they ruled no investigation was necessary.

“I tried under braking because his tyres were still a bit cold,” he said.

“Then on the exit he made it quite close, but I mean I would’ve done the same, so it was alright.”

As for Vettel, the four-time World Champion says he “predicted” that Verstappen would make his move at that corner.

“I saw him coming and the speed delta at the end of the straights is quite big now,” he said.

“I could nearly get a car length ahead of him and the angle into the last corner for him wasn’t very sexy.

“It was good fun but we would have loved to be a bit faster.”