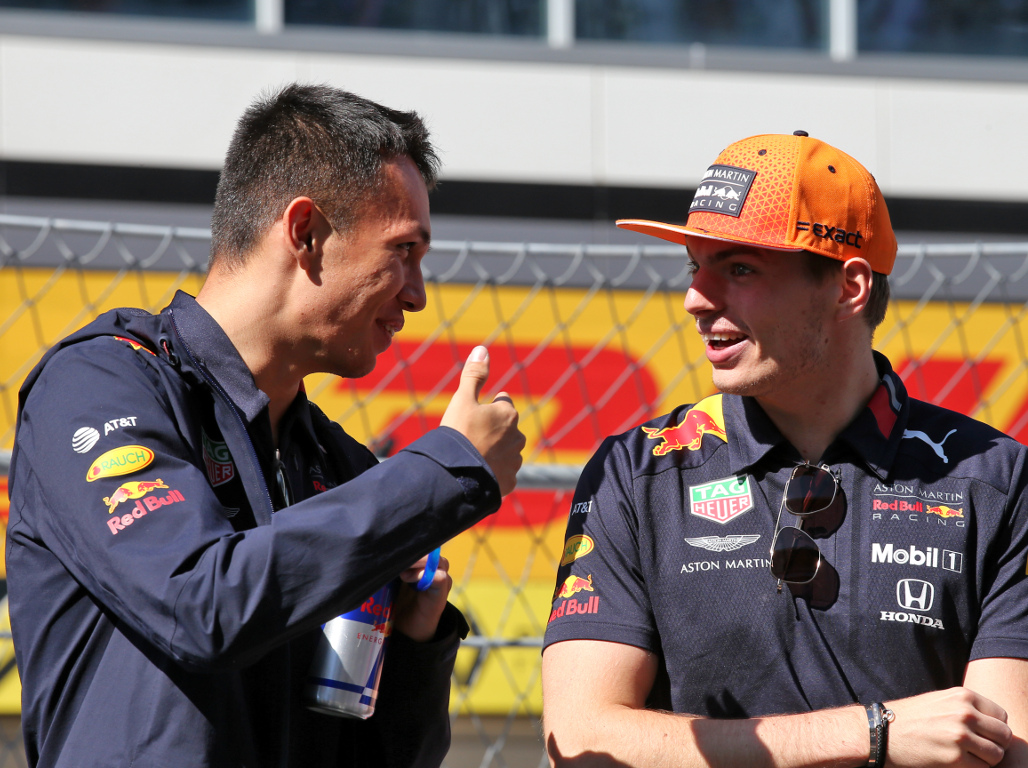 Max Verstappen doesn’t care who his 2020 Red Bull team-mate is, he only wants a partner who will push him to drive faster and help him “break” rivals.

Red Bull have yet to confirm Verstappen’s 2020 team-mate with the recently-promoted Alexander Albon believed to be leading the running.

Pierre Gasly, though, is not out despite having been demoted from Red Bull to Toro Rosso ahead of the Belgian Grand Prix.

With five races remaining this season, Red Bull still have time to evaluate the two drivers before making a call.

As for which of the two he would prefer, Verstappen told his official website: “I don’t care.

“I’ve always had a good relationship with Pierre so it’s a shame he had to go back to Toro Rosso.

“I also get on well with Albon.

“All three of us have known each other from karting when we raced each other in 2010.

His one criteria is someone who will push him hard as that will not only force him to do better, but also help the team.

“If someone pushes me, I’ll drive faster,” he said.

“You have to work together to achieve the best result. But you always want to beat your team-mate, of course.”

The Dutchman, who is fourth in this year’s championship sandwiched between the two Ferrari drivers, is determined to one day win the World title.

Asked if Red Bull spend time analysing his rivals, he acknowledged that they do, always looking for ways to “break” rivals.

“We have a lot of info and we look at GPS-data,” he said. “We compare laps and I re-watch the races.

“But I mainly look at myself and try to improve as you can never really know what happens within other teams.”