Home News Verstappen: ‘Shame that they bleeped it’ 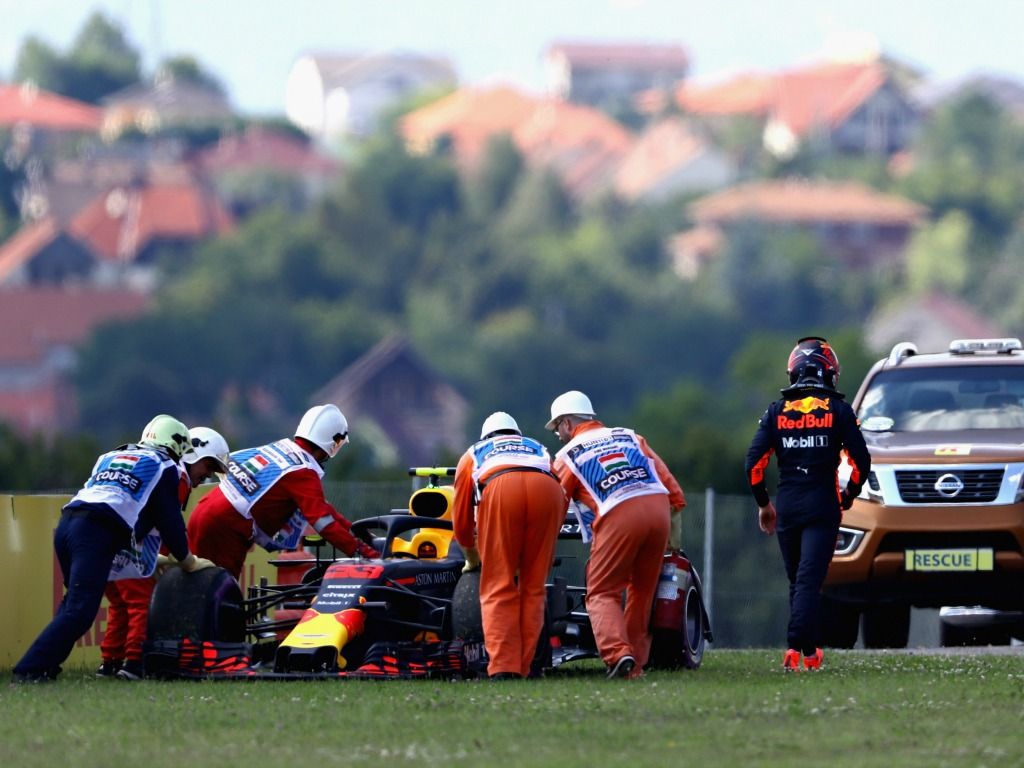 Max Verstappen said that it was a shame the FOM bleeped out his furious rant after he broke down during the Hungarian Grand Prix.

Once again, a Renault engine put pay to his chances of victory in his RB14, as it lost power inside the opening seven laps.

The Dutchman was clearly annoyed with what had happened, and he let out a rant to his engineer on the team radio.

“It is just, at the moment, difficult to accept,” Verstappen said.

“I was very angry on the radio, I think there was a lot of bleeping out there, which was a shame that they bleeped it away because it would have been better if they would have allowed it but that is how it is.”

It isn’t the first time that a Renault engine has let the Red Bull team down, and that is one of the reasons that they will be making the switch to Honda for 2019.

“Yeah I think from both sides, both Daniel and me. It is honestly, not at all, how it should be,” the Dutchman continued.

“You pay millions as a team for, you hope, a decent engine but it keeps breaking down. Except that but we are also the slowest out there.”

The engine issue cut his chances of winning the race at the Hungaroring short, having already made it from P7 to P5 on the run down to Turn 1.

The 20-year-old also had the pain of seeing how quickly his team-mate, Daniel Ricciardo could go in clear air during the race.

“I mean, I was like 25 seconds ahead [of Ricciardo] because of the starting position I was in,” he added.

“I felt okay with the car but yeah, it is always difficult to say afterwards. At the end of the day we could have easily been P5 if nothing happened.

“Again it is valuable points just thrown away so yeah, lets see what we have to do in Spa. Whether we have to take penalties or not, I don’t know, but at the moment, I also don’t really care.”

There was plenty of orange in the crowd as well, and the Dutchman had sympathy for those that had travelled to cheer him on.

Even with four weeks until the next race, Verstappen says that he won’t be enjoying the summer break too much after this latest disappointment.

“I hate it when people say ‘bad luck and now enjoy your holiday’,” the Red Bull man added.

“For sure the first week I will not be enjoying it because of the last race. I don’t feel like I am in a holiday mood.”