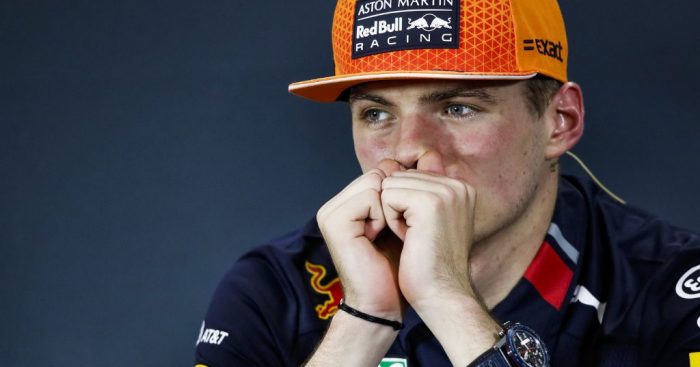 Max Verstappen still has a lot to learn before he can become a World Champion; that’s according to F1 sporting boss Ross Brawn.

The Red Bull driver’s bid for a third successive Mexican Grand Prix victory ended in disappointment, and through no one’s fault but his own.

Verstappen was on course for pole position but threw it away by ignoring the waved yellow flags that were out for Valtteri Bottas’ crash.

He was stripped of pole position, dropped to fourth place by the stewards.

His attempts to fight back on the Sunday came to naught when he made an audacious move on Bottas, shredding his tyre on the W10’s front wing.

Verstappen fell to the very back of the field and could only recover as far as P6.

“Max made a few mistakes that cost him dearly,” Brawn said in his post-Mexican column.

“Starting on Saturday when he ignored yellow flags following Valtteri Bottas’ Q3 crash, and afterwards blatantly admitting that he had not reduced his speed.

“Then, on Sunday, the red mist came down on the first lap as he tangled with Hamilton in Turn 2 after the start.

“To make matters worse he picked up a puncture following a somewhat ambitious move past Bottas in the stadium section a few laps later. And that was pretty much that.

“There will be little consolation in his spirited fight back to sixth from P20 that involved a marathon 66-lap stint on hard tyres.

“The Dutchman showed his age or lack of it. He’s still only 22 and so there is plenty of room for improvement.

“The important thing is to learn from one’s mistakes, which applies even if you’re 50 but perhaps a little more so at 22.”