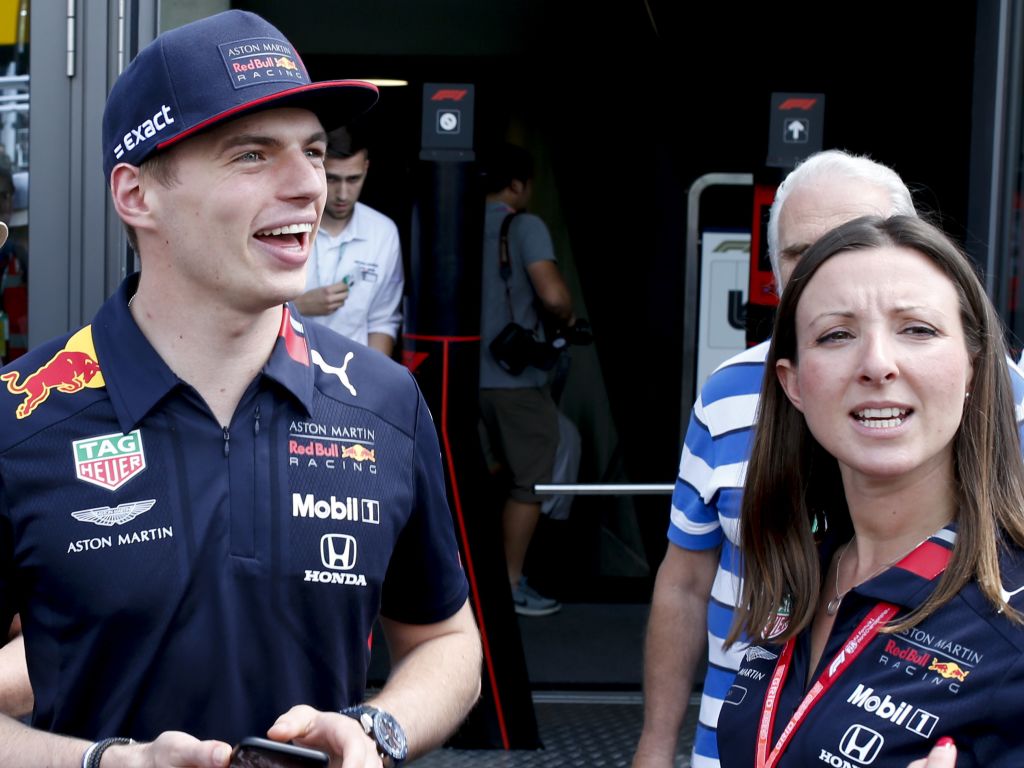 Red Bull’s Max Verstappen was delighted with his qualifying performance in Austria after securing P2 on the grid for Sunday’s race.

The 21-year-old claimed victory here last season, and he is in with a chance of repeating that result in the race – he will start on the more durable medium compound.

“For us this is an amazing result on a track that isn’t easy for us.

“The whole weekend, I think with the upgrades we brought with us the car seems to be working better so I’m really happy to be in the top three.”

Really happy with the car throughout qualifying and great to be starting 3rd! Hats off to @redbullracing and of course all fans for supporting me here 🙌 I can’t wait for tomorrow 💪 #KeepPushing #OrangeArmy #AustrianGP 🇦🇹 pic.twitter.com/HlcZOnw0JB

An army of Dutch fans came to support the Red Bull man, and he hopes to give them the result they deserve in the race.

“It’s great, it brings a big smile on my face and hopefully I can give them a great result tomorrow,” he said.

Verstappen’s team-mate Pierre Gasly will start the race P8, and he admitted to being “upset” with himself for ending up behind Lando Norris and the two Alfa Romeo’s.

“I think overall there were a lot of positives, and also in qualifying, but just disappointing not to put things together when it really mattered in Q3,” Gasly told reporters.

“Managed to have some decent pace this weekend, but just this afternoon in the last run when it mattered I didn’t do it. Just upset with myself.

“We tried to find some consistency, managed to put some good laps in in qualifying, things were going well, I felt good with the car.

“And then Q3, first run wasn’t ideal and second run, I arrived in Turn 1 and lost the car on the entry, just went over the kerb, and lost four tenths up to Turn 3. After that, the rest of the lap was good, but was just a mistake in Turn 1 that cost me the fifth place.

“Quite disappointed with myself with the mistake into Turn 1.”

Gasly was a tenth slower than McLaren’s Norris, who will start P4 after penalties for Lewis Hamilton and Kevin Magnussen, but the Frenchman is certain that he didn’t live up to his full potential in qualifying.

“It’s just a shame [to end up eighth], but I don’t think it shows the potential we have since the beginning of the weekend,” Gasly insisted.

“So now we need to look at tomorrow and just recover the positions I didn’t make today.”

Red Bull were forced to split strategy at Gasly’s home race after he failed to find the pace to make Q3 on the medium tyre. Verstappen made Q3 in Austria on the medium just like he did in France and so will start on that compound, while Gasly again will start with the red-walled softs.

However, he doesn’t believe it will cause the same amount of problems as it did in the scorching heat at Paul Ricard.

“We kind of spoke about [starting on the medium] before qualifying, but then after Q1 went well and we don’t really think there’s a massive advantage with the medium,” Gasly explained.

“I think the Ferraris start on the soft, only a few drivers [ahead] will start on medium. I don’t know if it’s going to be good or bad, but it’s going to be the same thing for everybody, and we have to make the best.”