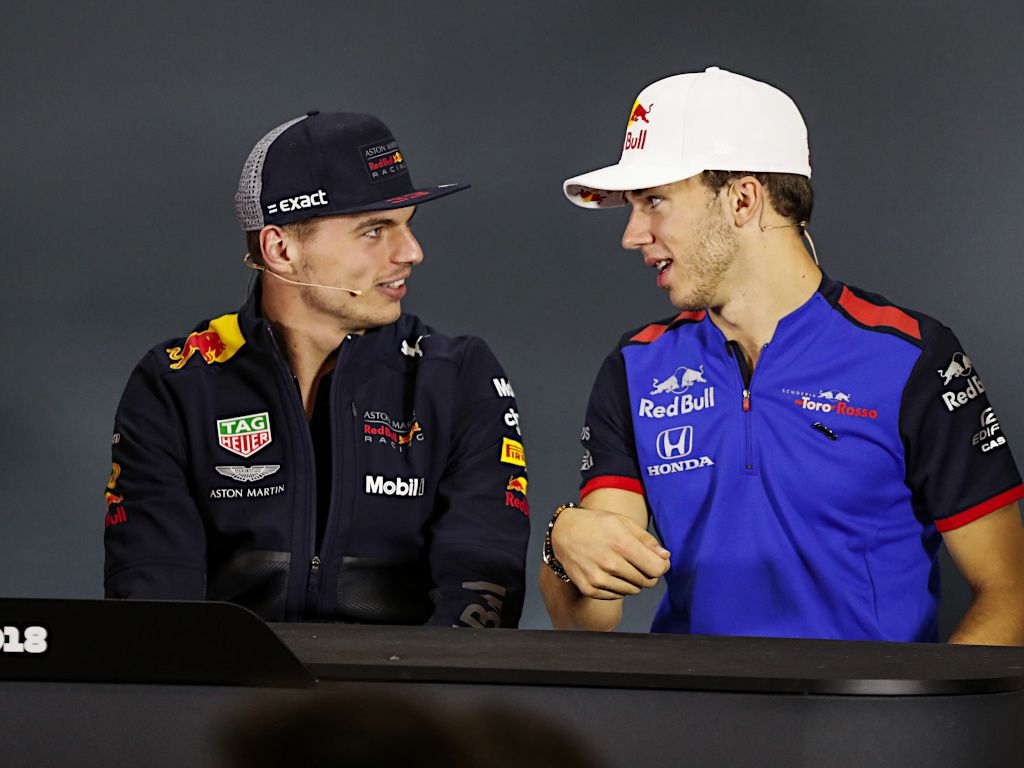 Pierre Gasly believes Max Verstappen is the perfect reference for him in his first season with a top Formula 1 team.

Although Red Bull are convinced that Gasly can perform, Christian Horner had previously spoke to Motorsport.com about his call-up arriving “faster than we would have liked”.

But Gasly hopes to put any doubt to rest quickly, knowing if he’s able to compete with Verstappen, regarded as one of the most promising drivers on the grid, then he can secure his own reputation.

“I think Max at the moment, based on the performance he showed last year – it’s difficult, you know, to compare with Lewis [Hamilton] or Seb [Vettel] – but he’s clearly one of the best and most talented guys in the paddock at the moment,” Gasly told Motorsport.com.

“So for me it’s perfect to have a reference like him.

“I’m sure it’s going to be useful for myself to keep learning in Formula 1 and achieve a better performance for myself and I always find it good to have a fast teammate because that’s how you manage to extract the best of yourself as well.”

Gasly has been noted for his strong one-lap pace, and with a P4 finish in Bahrain proving his best result to date, Gasly now hopes that qualifying ability will put him at the business end of the grid in the faster Red Bull.

“I think I’m a quite objective guy and I know when I do things right and when I do something wrong,” he added.

“And then I always learn from these kind of situations.

“I always question myself about what can I do better to improve myself as a driver, to make the best of the package I have.

“And then after I believe that I have good speed, I’m able to extract everything over one lap, which is important in qualifying.

“We all know that if you have a good starting position, it makes the race a lot easier, and I think that’s one of my strengths that I will have to try to make the best out with Red Bull if we have a good performance over one lap.”