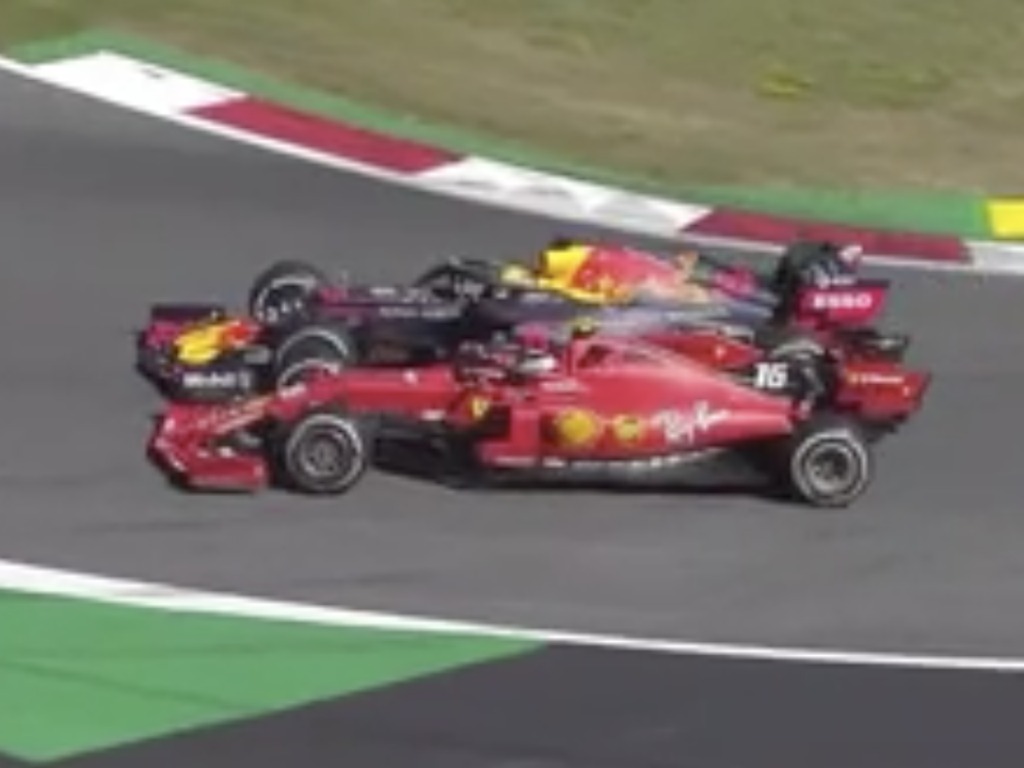 Max Verstappen is under investigation for a late pass, and whack, on Charles Leclerc that could cost the Red Bull driver the Austrian Grand Prix win.

Verstappen was the star of Sunday’s race as the Dutchman, competing at Red Bull’s home track, passed Sebastian Vettel and Valtteri Bottas to run second.

With 15 laps remaining he began to close in on race leader Charles Leclerc, catching the Ferrari driver with three to go.

Verstappen tried to challenge Leclerc, the two wheel-to-wheel as the Monégasque driver defended for all his worth.

A lap later, though, it was game over as Verstappen overtook him at Turn 3.

The two touched, Leclerc was pushed wide and Verstappen raced to the win only to learn that he is under investigation.

He feels a penalty would be unjust.

“It’s hard racing, otherwise we have to stay home,” he said in the immediate aftermath.

“If those things aren’t allowed in racing, what’s the point of being in F1.”

Leclerc, disappointed at losing the win, has a different take on it.

“On the incident I’ll let the stewards decide,” he said.

“It was pretty clear in the car but I don’t know how it looked from the outside.

“We will see what the decision is.

He added: “I was on the outside just like the lap before.

“The lap before was completely fine.

“He left a space, a car width at the exit of the corner, but he didn’t on that lap.

“We touched and I went wide so I didn’t have any chance to fight back.