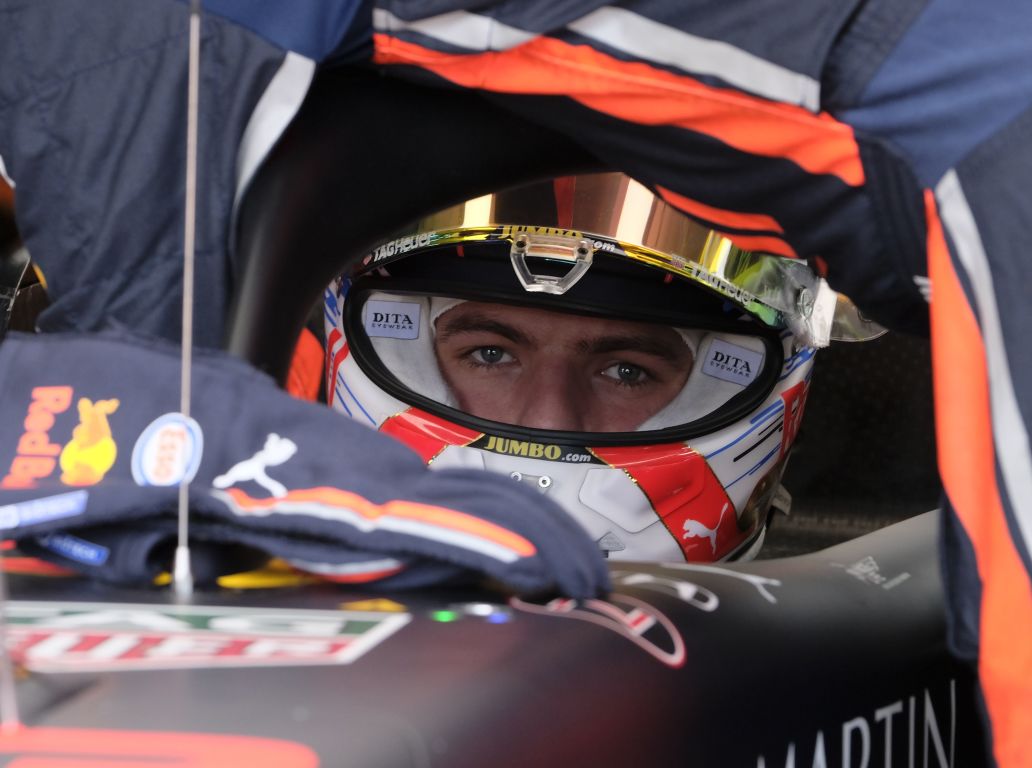 After holding off an early assault from McLaren’s Carlos Sainz, Verstappen ran a lonely race to cross the line at the Circuit Paul Ricard where he started, in P4.

The Dutchman was unable to make any impression on Ferrari’s Charles Leclerc ahead in P3, and he admitted that in the closing stages he didn’t have enough grip left and was forced to settle for conserving P4.

Though acknowledging most drivers want more grip, he does believe it is holding Red Bull back, and he hopes that the team can work with engine supplier Honda to offer a more planted and powerful car down the line.

I gave it my all today and fourth was the best we could do, a good result. Next stop: Austria. Looking forward to seeing some other colours there! #OrangeArmy #KeepPushing #FrenchGP 🇫🇷 pic.twitter.com/0zae8Ljfw7

“You have to keep on pushing. You try to push yourself. I still want to see how fast we can go,” Verstappen told reporters in France.

“At one point in the second stint we were looking quite good, but with six/seven laps to go I ran out of rear-grip so I decided to bring it home. I couldn’t really rely on the rear tyres anymore so, but to be in front of one Ferrari is a good result for us.

“Of course, there are limitations, and you have to drive around it. Every driver would like more grip, but for us, at the moment, it is not only grip, but also top speed, as you could see in the first lap.

“It was very hard to defend, but also to attack. Because we had a good start, but then three cars just come by.

“We have to work on both sides to make a step up.”

Verstappen’s team-mate Pierre Gasly cut a dejected figure after the race – he was promoted to P10 after Daniel Ricciardo’s double penalty.

Asked by reporters if it was a positive weekend at his home race, he said: “No, no, no. We struggled massively in qualy, sliding a lot, and it was the same story in the race.

“There are a lot of question marks at the moment why we are struggling so much after a good FP3, we struggled massively from qualifying and in the race.

“We need to work and analyse everything to understand why we have such a big lack of pace.”