Home News Verstappen: ‘We’re a bit too far away’ from pole 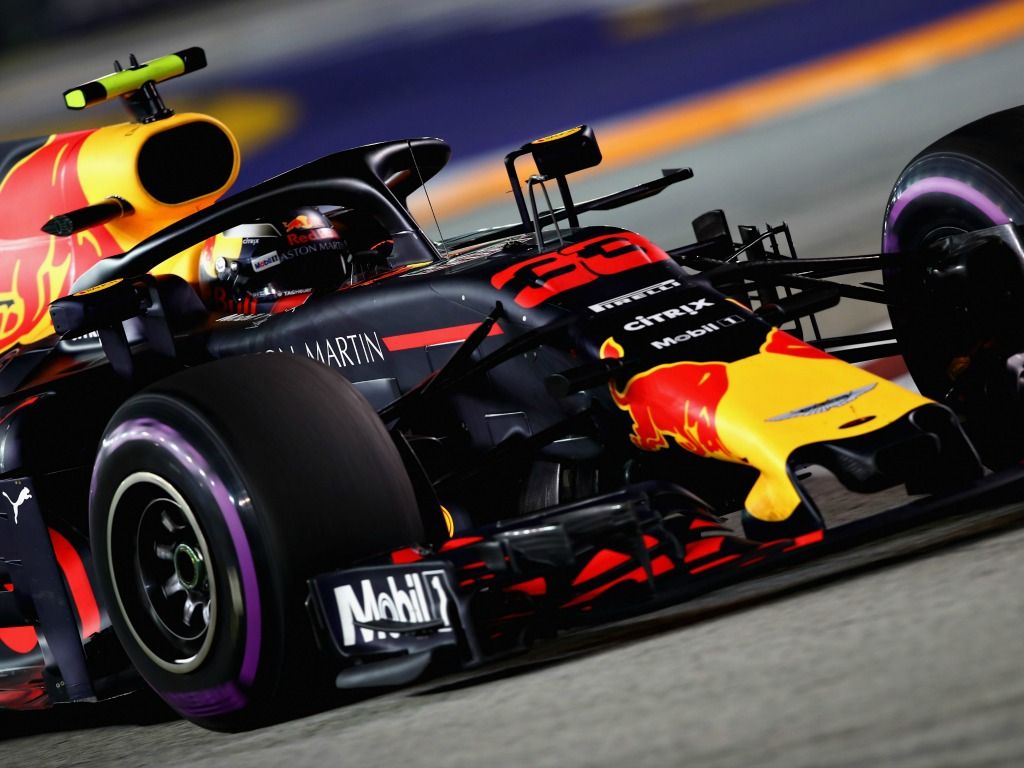 Max Verstappen has admitted that Red Bull are not quite close enough to be challenging for pole position in Singapore.

The pair topped the time sheets in FP1, with Daniel Ricciardo ahead of the Dutchman, but in the qualifying runs, they could only manage P3 and P4 in FP2.

That probably would have been a place lower, had Sebastian Vettel completed a lap on the hypersofts around the Marina Bay circuit.

“I don’t think we have the pace to fight for pole,” Verstappen admitted.

“We’re a bit too far away. I think we can still improve the car.

“It was not the perfect day for me, but we will see what is going to happen tomorrow.”

The Dutchman, who will become team leader in 2019 with the arrival of Pierre Gasly, had issues in the second session.

He came on the radio twice saying that the Renault engine in the back of his RB14 had a misfire, or something of the sort.

“This morning’s practice felt good but I wasn’t entirely satisfied with the second session,” he continued.

“This afternoon we could have been a bit quicker over the short runs as we suffered a bit from understeer.

“It definitely wasn’t a bad day. Some hard work tonight should put us in a good position with ability to attack.”

Verstappen did admit that the team would have to put in some work to make the car better for qualifying on Saturday afternoon.

“We still need to improve the car a bit more, but we have another night to work on that, and we’ll see where we end up,” the Dutchman added.

“We still have plenty of room to improve ahead of qualifying tomorrow.”