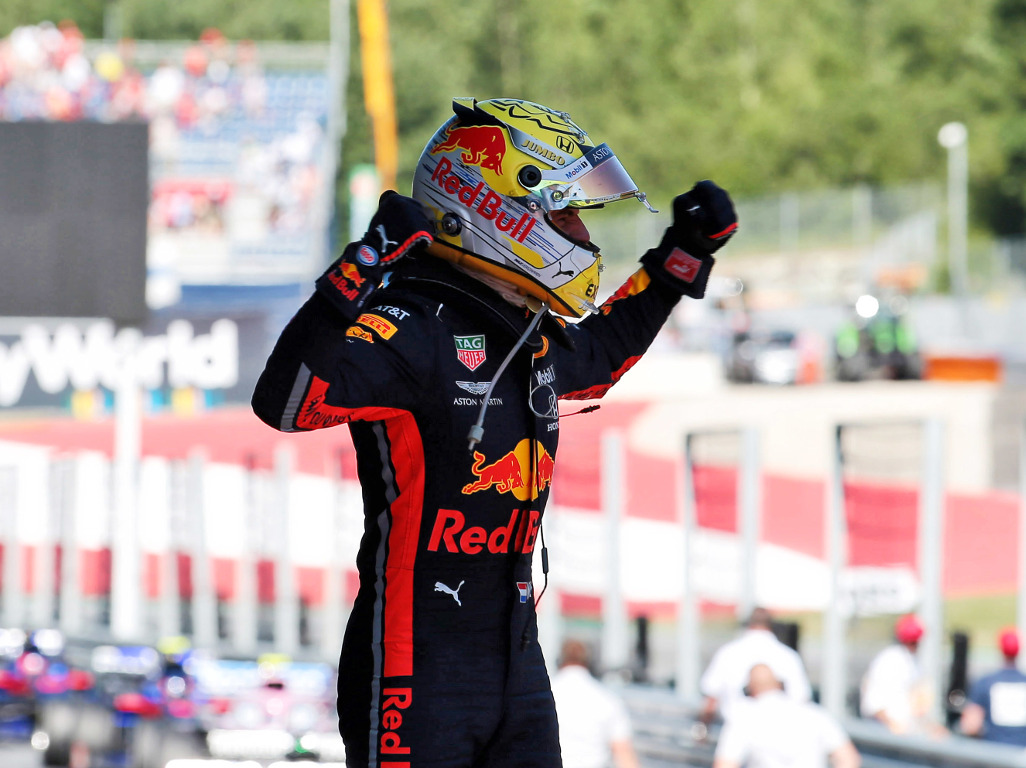 Arriving in Austria with all the talk being about an exit clause in his Red Bull deal, Max Verstappen says his first win of 2019 has quashed a “few doubts” about his future.

Although he would not share details, it is widely believed that the clause relates to Red Bull dropping out of the top three in the Constructors’ Championship while Verstappen is also open to speaking to other teams if he hasn’t won a race by the summer break.

The latter is now off the table.

The 21-year-old put in a storming drive at the Red Bull Ring, his team’s home track, to beat Charles Leclerc to the chequered flag.

Verstappen concedes it was an important result for both himself and Red Bull’s engine partner Honda.

“I think this is very important for us and also for the future, for Honda as well,” he said.

“It just gives us a lot of confidence as well to the boys and maybe a few doubts are going away because of it.

“At the moment it’s an amazing feeling.”

Taking the fastest lap point in the process, Verstappen is up to third in the Drivers’ standings with 126 points, 71 behind runaway championship leader Lewis Hamilton.