Home News Vettel adamant he’s not out of the fight 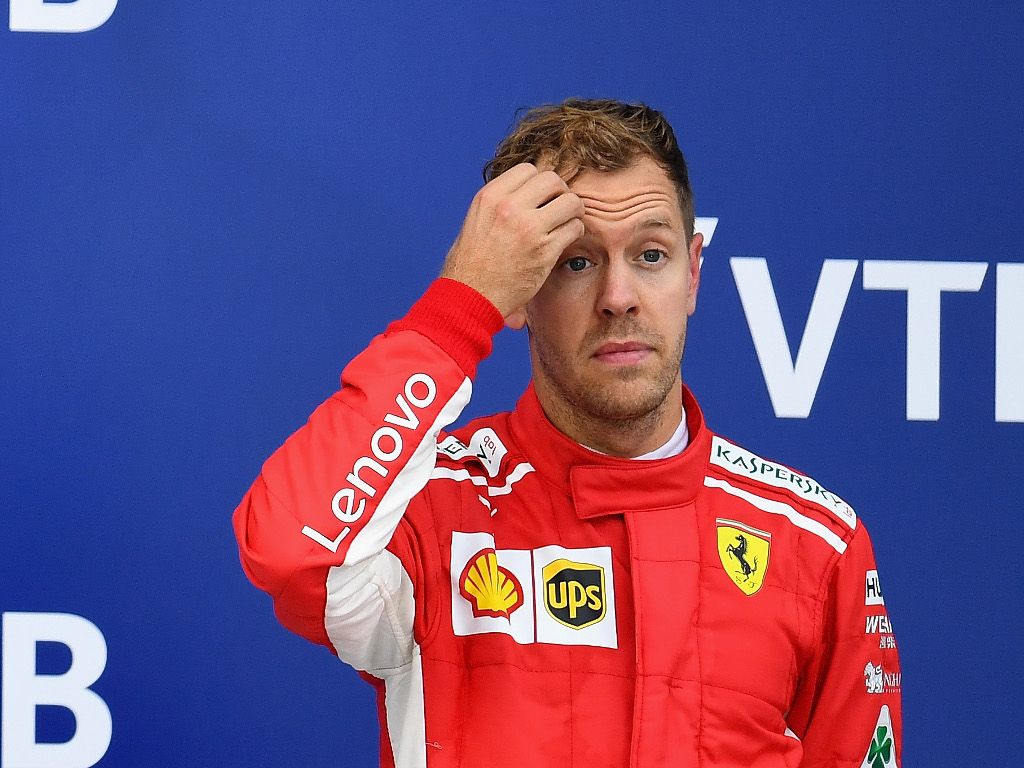 Despite falling 50 points off the pace in the title race, Sebastian Vettel is refusing to concede defeat to Lewis Hamilton.

Both drivers are chasing their fifth F1 World titles but at present the advantage is with Hamilton.

The Mercedes driver won Sunday’s Russian Grand Prix with the help of team orders to extend his lead over Vettel to 50 points.

The Ferrari driver was third on the day.

Despite the ever-growing gap, Vettel insists he is not out of the fight.

“I’m clever enough, I wasn’t a genius in maths but I was clever enough to pay attention to make out for myself that it’s not getting easier if we lose points,” he said.

“We had to be third and settle with that for today.

“I still believe in our chances; yes.

“Obviously it’s not getting bigger, as I said, if you finish behind but who knows, it takes one DNF and then all of a sudden things look different – ideally two! – which I’m not wishing on Lewis but you never know what happens.

“So we need to stay on top of our game which maybe we haven’t been completely this weekend: make sure that from where we are now we focus on winning the last races.”

Video: What was Vettel doing with Hamilton’s car?