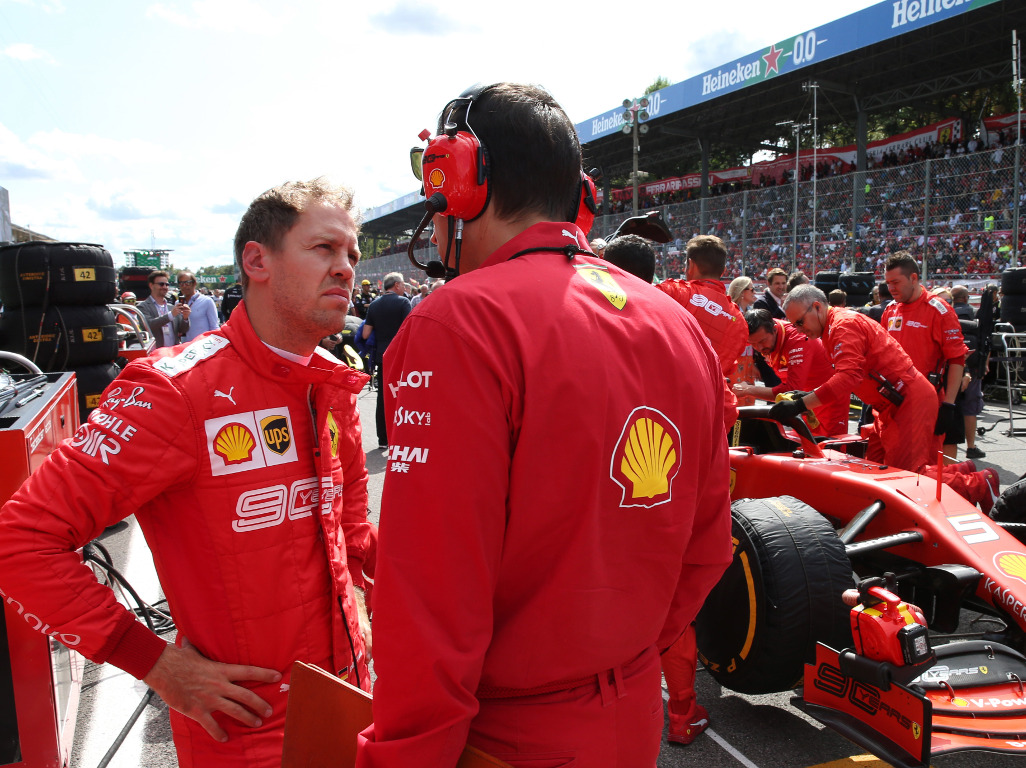 Suffering another Italian GP to forget, Sebastian Vettel insists he is “not worried” about his form, he just needs to put in a clean race weekend.

He did, however, do so with the help of a tow from Vettel but failed to return the favour later in Q3.

Leclerc was again Ferrari’s best-placed driver on Sunday, racing to the victory while a spin from Vettel, all his own doing, meant he dropped down the order.

His afternoon was made even more by a 10-second stop-go penalty for his unsafe return to the racing track following the spin but an additional three penalty points on his license have put him just three away from a one-race ban.

Vettel, though, is adamant it is not as bad as it looks from the outside.

“The speed is there so I am not worried,” he told BBC Sport. “It is just a matter of putting things together.

“On my side, I am not happy, certainly not with how it went with that spin.

“After that the race was pretty much lost from there but at least the team was still going and after it was close with Kimi [Raikkonen] last year, this time at least Charles sealed the

As for his displeasure with Leclerc not returning the tow in Q3, leaving him well off the Monégasque driver’s pace, Vettel said that was already in the past when he lined up on the grid on Sunday.

“I was in good spirits so I don’t think that had any impact,” he added.