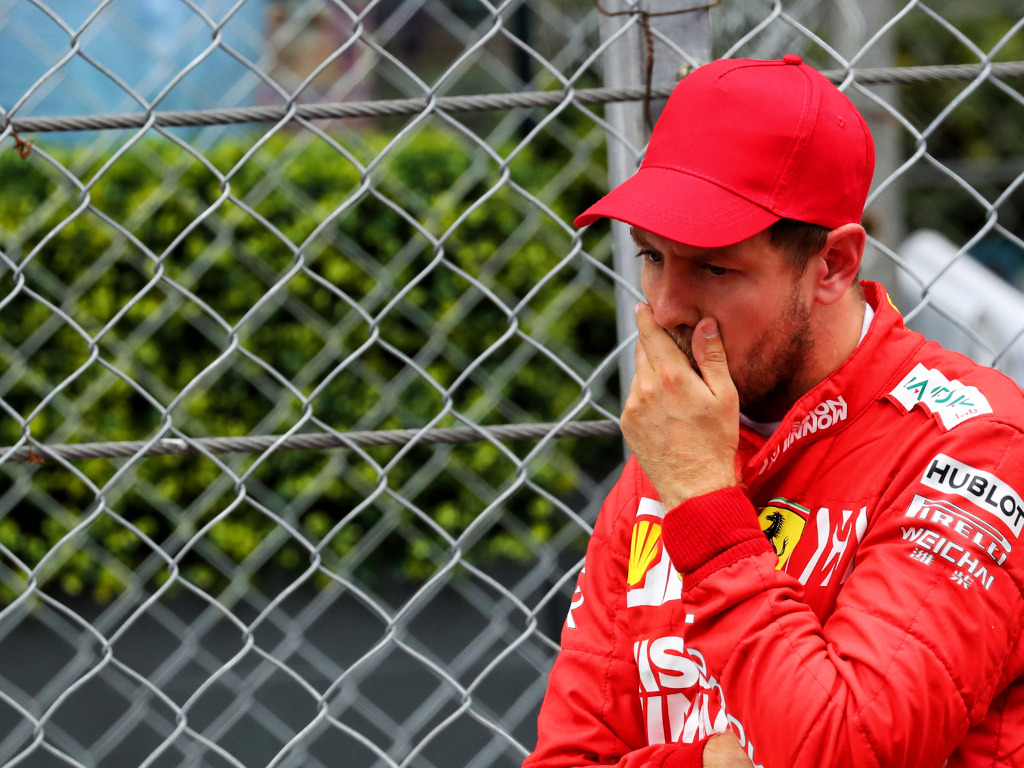 Sebastian Vettel admits he bears some responsibility for Ferrari’s win-less streak as he has had “some difficult moments” this season.

Ferrari have yet to record a single win this season while Mercedes have raced to six on the trot.

It wasn’t until Sunday’s Monaco Grand Prix that Ferrari even managed a runner-up result, finally ending Mercedes’ run of 1-2 finishes.

The win-less streak has led team boss Mattia Binotto to state that Ferrari need to give Vettel with a better car.

The German, though, admits he also bears some blame.

“I’ve had some difficult moments this year where I’m fighting the car.

“I’m not really entering yet to the level where I feel a lot more comfortable and I feel comfortable to squeeze out more performance from the car.

“But I think it’s linked to the fact that we struggle to put our car in the right window.

“Once it is there, it is feeling better and you’re able to build up on that but it doesn’t happen very often but it’s a combination of things.

“I think it’s not a secret, by now, after six races that these tyres this year seem a bit more critical to get exactly into that window.”

After six races Ferrari trail Mercedes by 118 points in the Constructors’ Championship while Vettel, up to third in the Drivers’ standings, is 55 points behind Hamilton.

“As I said, I’m part of the team so I’m flattered by what he’s trying to say but I think we need to stick together, we need to work hard and even if it would be nice to flip a coin and turn things around, probably for everybody’s sake except those two guys, it’s not going to happen overnight.

“We need to work hard and pay a lot of attention to small things, to details in order to get closer and once we are matched I think we can put a lot more pressure on them.

“I will have a lot closer races but currently we are sitting too far away, behind Mercedes and probably a match on average with Red Bull is not where we want to be.”