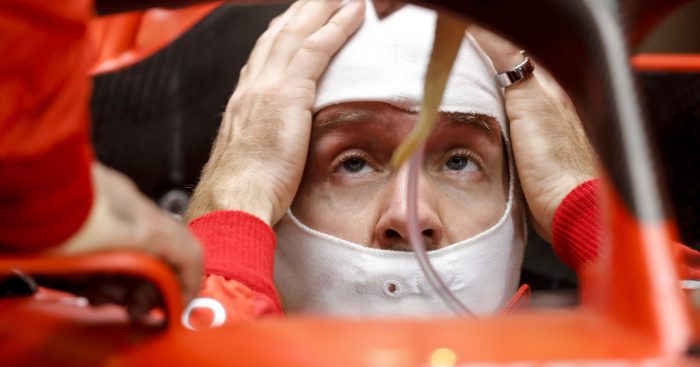 Telling the world that he could have done a better job this year, Sebastian Vettel is adamant he wasn’t being hard on himself, just “honest”.

2019 was one of Vettel’s worst seasons in Formula 1 with the German beaten by his team-mate, Charles Leclerc, in all the stats that matter.

With just one victory in 21 grands prix, Vettel finished the championship down in fifth place, 173 points behind Lewis Hamilton.

P4 in the last race of the season, Abu Dhabi, Vettel told journalists that he “must do better and I can do better. It wasn’t a great year from my side”.

Asked by Autosport about his harsh assessment of his own performance, Vettel insisted he wasn’t being hard on himself.

“I didn’t feel like I’ve always done what I can do.

“I think I’ve been around for long enough and I’m honest enough to admit it, so I think here and there I should have done a better job.

“That’s the first thing I look at and obviously try to do better next year.”

THe German is confident he can up his game next season, saying “small adjustments” should put him back in contension.

“It’s always in the details, small adjustments, so it’s nothing big and major.

“I don’t need to drive differently, I know how to drive and obviously we all work together trying to improve the car to make it faster for both of us.

“But as I mentioned before you know you always look at yourself.

“I’m not doing the same stuff that I did 10 years ago, I’ve evolved and I think to the better.

“But certainly here and there, there’s things that you always feel you can do better.”