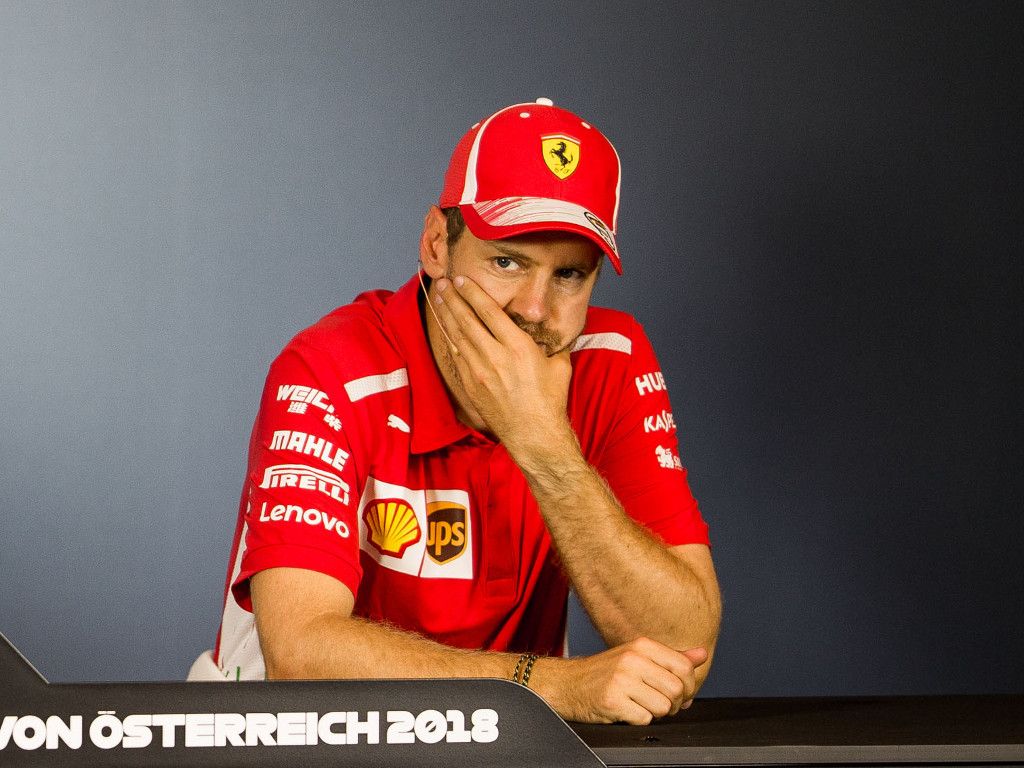 Sebastian Vettel has backed Ferrari’s decision not to swap the drivers around in Austria, saying Kimi Raikkonen deserved to beat him.

While Max Verstappen raced to the victory in Sunday’s Austrian Grand Prix, Raikkonen was second to Vettel’s third.

With Lewis Hamilton retiring from the grand prix there were some suggestions from commentators that Ferrari may swap their drivers’ positions in order to maximise the result in the championship.

They didn’t, and Vettel agrees with that call.

Suggested to him that Ferrari could have imposed team orders, he told Sky F1: “No, why?

“Max won the race because he deserved it and he didn’t make any mistakes – so that’s a strong performance from him. And Kimi did everything he could.

The German left Austria a solitary point ahead of Hamilton in the Drivers’ standings but concedes it could have been better were it not for his three-place grid penalty for blocking Carlos Sainz in qualifying.

He added: “I got most of it right but today could have also been a bit better without the plus three from the start.

“I am happy with the podium but equally there was a bit more for us.”