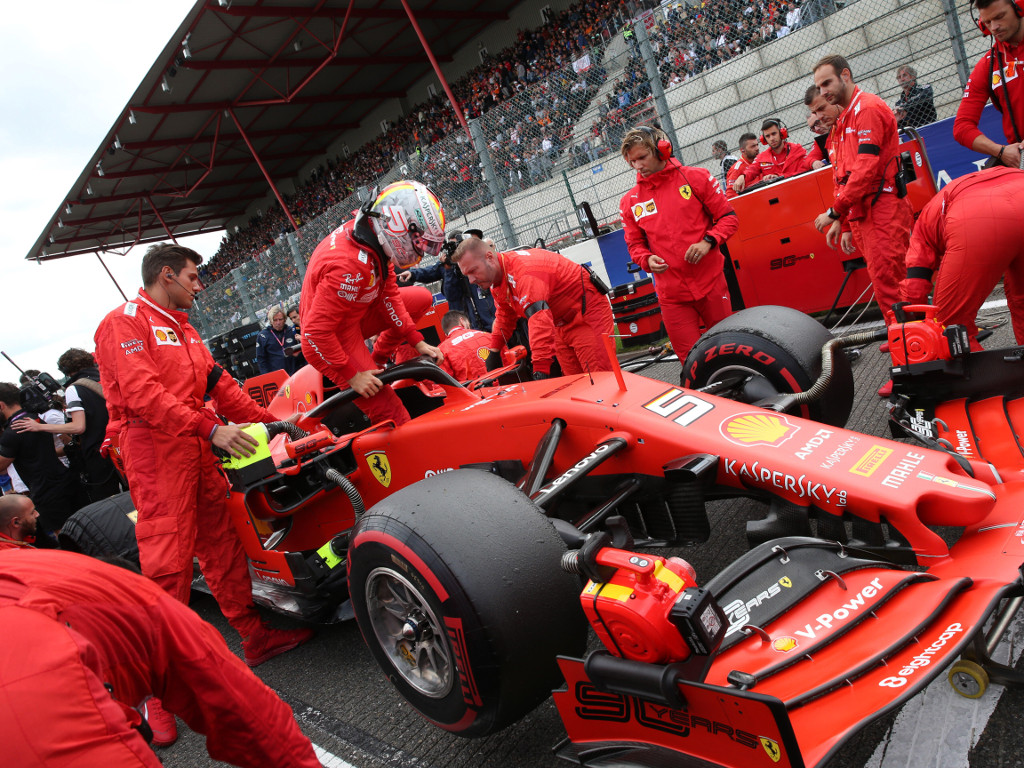 Sliding backwards into the role of number ‘2’ driver at the Belgian GP, Sebastian Vettel says he doesn’t understand why he couldn’t match Charles Leclerc for pace.

Leclerc claimed pole position at the Spa-Francorchamps circuit, the third of his F1 career, by a massive 0.7s ahead of his Ferrari team-mate.

It was more of the same in Sunday’s grand prix as Vettel was unable to run with his team-mate.

Such was his lack of pace that Ferrari eventually used the four-time World Champion to act as a moving bollard against Lewis Hamilton, giving Leclerc a few laps of breathing room.

That proved to be the winning strategy with the Monégasque driver taking the chequered flag 0.9s ahead of Hamilton.

As for Vettel, he was a disappointing P4 having needed to make a second pit stop as he ate through his tyres.

“I didn’t have the pace, I didn’t feel comfortable with the car,” the German told F1i.com.

“I was going through the tyres way too quick.

“I was struggling to feel the grip, to stay on top of the tyres, I was sliding too much.

“It was quite a tough race for me.

“And obviously from that point where we came in quite early it was clear that we won’t be there until the end.

“I guess I was sliding more [than Leclerc] but I don’t know why.”