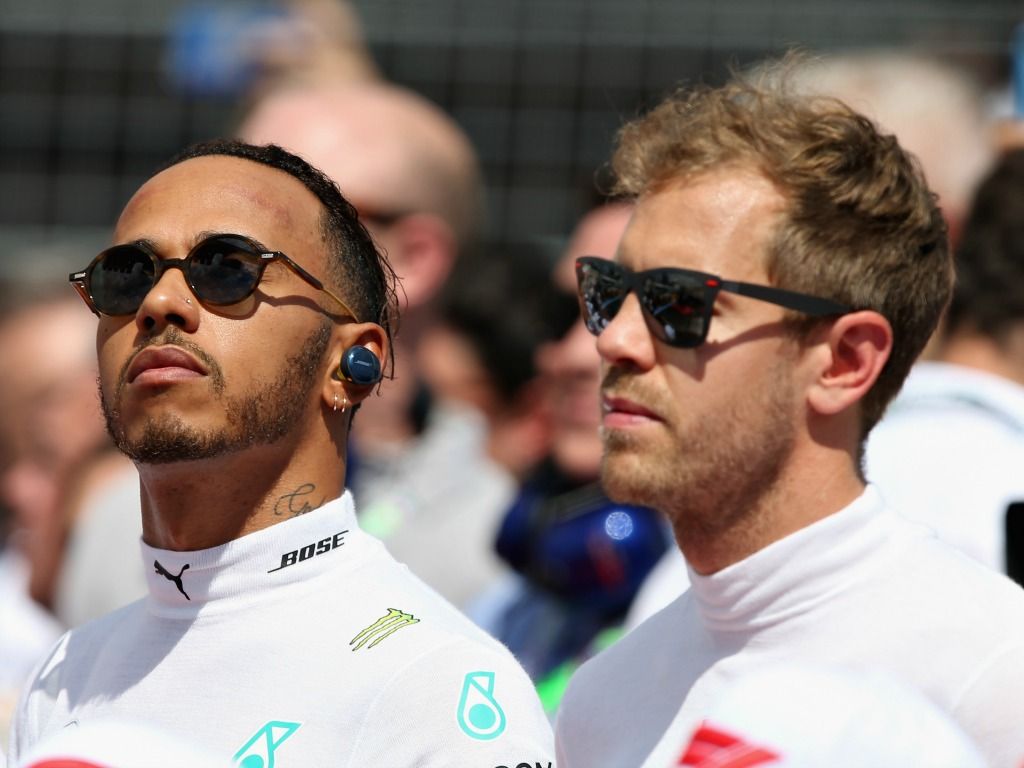 Sebastian Vettel retains hope that Ferrari can push Mercedes all the way in the fight for both World Championships in 2018.

Vettel finds himself 24 points behind Lewis Hamilton in the Drivers’ Championship while Ferrari are 10 points behind Mercedes in the Constructors’.

The German had an eight point lead after the British Grand Prix, but his fellow four-time World Champion Hamilton has since responded with back-to-back victories to open up the biggest lead of the season so far.

But Vettel is not losing confidence, and says that the shifts between Ferrari and Mercedes are all “part of the game” in Formula 1.

“We had sometimes the pendulum swinging our way, sometimes not,” Vettel said. “From my point of view I think it’s been fairly consistent.

“The one error that was very costly [in Germany] – that was quite small, because I wasn’t even trying but went off.

“That’s part of the game. I can’t rewind the clock. It has happened. It obviously hurt us, but I’m quite confident that if we have the car to fight with, we can put them under pressure and make things happen in the second half.”

Vettel’s confidence stems from seeing a vast improvement from last year’s car to the current SF71-H.

“Last year, we lost the championship I think because our car wasn’t quick enough to be a match in the final part of the season, despite what happened with the DNFs,” he added.

“So I hope that this year, and I think this year has shown so far that our car is more efficient, our car is stronger and still has a lot of potential to unleash.

“I’m quite confident with what’s sitting in the pipeline that we can improve. So we’ll see. It should be an exciting second part of the year.”

The Formula 1 season resumes at the iconic Spa circuit for the Belgian Grand Prix on August 26-28.