Home News Vettel ‘couldn’t see anything’ to his left 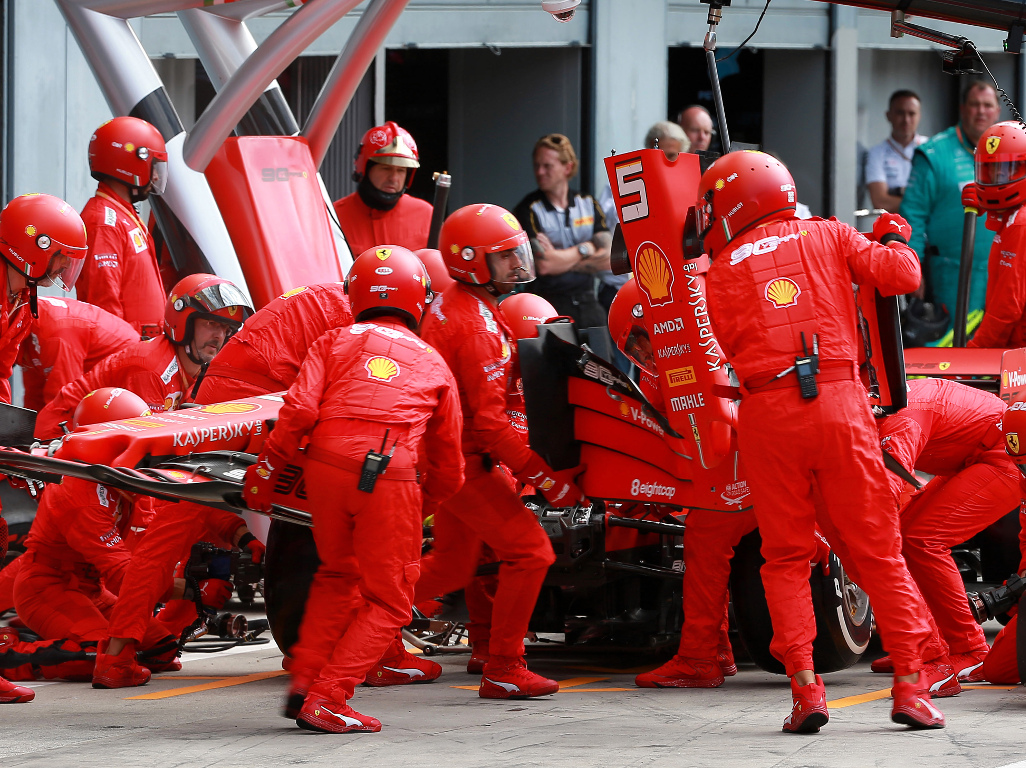 Sebastian Vettel has explained his collision with Lance Stroll at Monza, saying not only could he not see the car coming but he also believed that he had more time.

Outshone by Charles Leclerc in qualifying for the Italian Grand Prix, Vettel’s weekend at the Monza circuit went from bad to worse on Sunday.

The German spun all by himself at the Ascari chicaneand, while trying to rejoin, he shot straight into the path of Stroll, clipping the Racing Point.

The Ferrari driver had to pit for a new nose.

Vettel was later handed a 10-second stop-go penalty for his antics with FIA race director Michael Masi revealing that half of that was for the unsafe return and the other half was for the collision.

As for Vettel, he admits it was his mistake as he was unsighted.

“When I spun I was looking the other way, I saw there was quite a bit of a gap,” Vettel said.

“Obviously then you don’t start counting.

“I knew there would be cars coming, but originally I thought I would be much quicker re-joining. That took obviously a lot longer.

“Coming back I knew that there will be a gap, but I struggled a little bit to get out, I think I was stuck on the grass.

“I lost a bit of momentum there, it took a bit longer.

“So certainly not ideal, but I couldn’t see anything to the left.

“It is compromised because we have the high cockpit, but I don’t think it’s an option to drop that.”