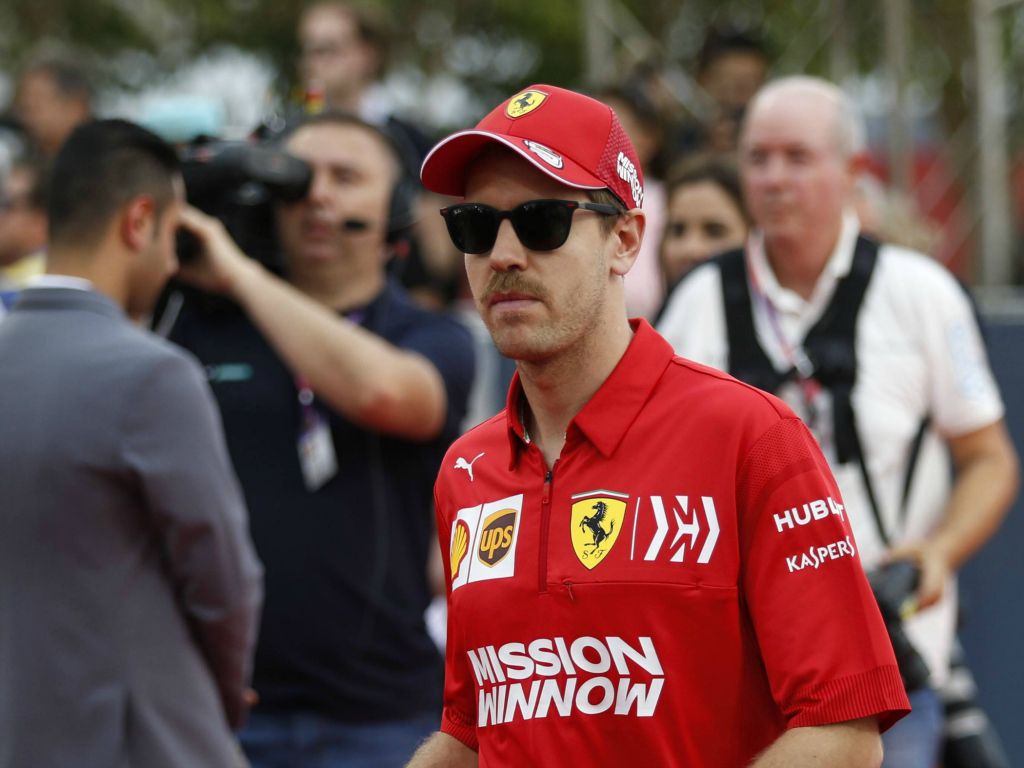 Sebastian Vettel said he had no choice but to overtake Red Bull’s Max Verstappen or he would have missed his last flying lap in Q3 for the Chinese GP.

As a long train of cars prepared for their final shot at pole, Vettel would move past the Dutchman, apparently told by Ferrari that he was running out of time to cross the line before the chequered flag.

The move would ruin Verstappen’s preparation as he returned to the pits along with team-mate Pierre Gasly.

Vettel would complete his flying lao, as did team-mate Charles Leclerc who jumped Verstappen into P4 on the grid tomorrow.

Annoying that we couldn’t do our 2nd run in Q3. But the feeling with the car is good and we’ve got the pace, so it will be an interesting race #KeepPushing 🇨🇳 #ChineseGP #Race1000 pic.twitter.com/rJmFZnMXi3

Speaking to the media in Shanghai, Vettel said: “Obviously everybody timed it around the same so we all left for the same spot.

“If you were at the end of the train, which I was, then it was quite difficult.

“When the team told me we only had 10 seconds margin to cross the line in time to make another attempt I had to think of something.

“I don’t know if the others were not told if everyone would have speed up the way I did then we should have all made it.

“But I obviously prioritised at that point to make the lap. It felt like others were not aware.”

Verstappen was far from pleased with the German’s actions, saying such moves “screw up your entire run-up.”