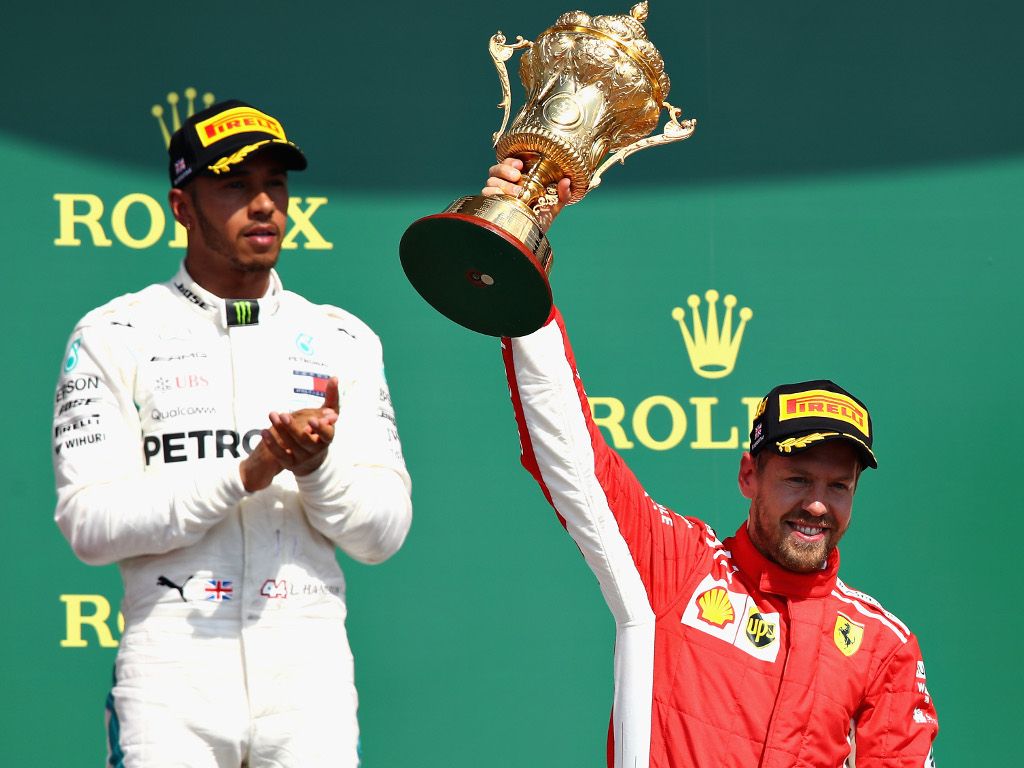 Sebastian Vettel says it is “silly” to think that Ferrari were resorting to deliberately using one car to take out a rival to pave the way for the other.

Lewis Hamilton was upset with Ferrari in the wake of Sunday’s British GP, accusing them of dirty tactics.

Speaking in the post-race press conference, he said: “All l would say is that it’s two races in which a Ferrari has taken out a Mercedes. Valtteri and I have both lost out in those situations.”

Vettel says that is rubbish.

“It’s quite silly to think that anything that happened was deliberate,” said the championship leader.

“I, at least, would struggle to be that precise and take somebody out.

“In France I lost my wing, so I screwed my race. I think it’s easy to attack and have a great move and easy to have an incident.

“I only saw it briefly but I don’t think there was any intention and I find it a bit unnecessary to even go there.”

As for his Sunday afternoon at the Silverstone circuit, the German claimed the race victory after fighting Valtteri Bottas in the closing laps.

Vettel had fallen to second behind the Safety Car as Ferrari opted to pit him for fresh rubber.

However, he used those soft tyres well, taking the lead and the win.

“Obviously the Safety Car spiced it up but it was a nice battle with Valtteri,” he added.

“He was pushing like crazy but I had the advantage with the tyres.

“It still wasn’t easy to find a way through but I surprised him – I wasn’t sure if I’d make the corner but I did so it worked really well.

“A great thanks to the team for supporting, also the people in the background.

“Yesterday I was a bit damaged but much better shape today so no problems.