Home News Vettel: Ferrari are ‘back in range’ of Mercedes 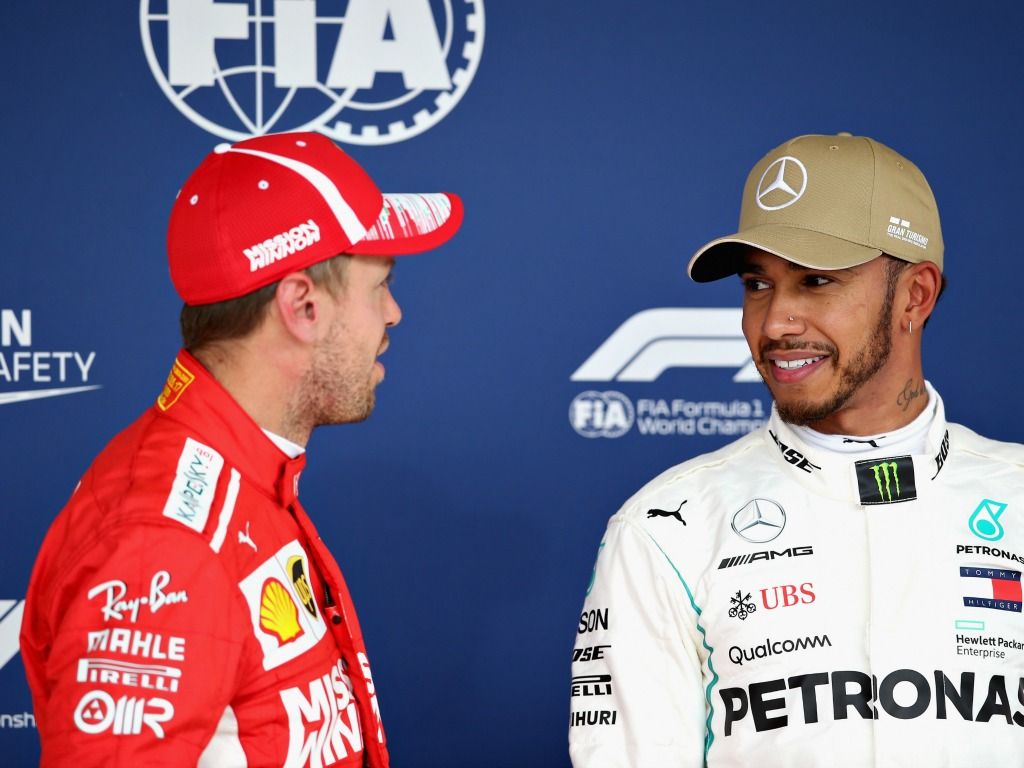 Sebastian Vettel has admitted that he is happy that Ferrari are much closer to Mercedes now, having set the second fastest time in qualifying.

The Scuderia were thought to have the best package in the middle part of the season but the Silver Arrows have bounced back.

Vettel’s title rival, Lewis Hamilton, has finished in the top two in the previous eight races, taking victory in six of those.

It looked to be grim reading for Ferrari in Austin on Friday, as they were well off the pace in the wet weather.

In the dry on Saturday, though, Vettel and team-mate Kimi Raikkonen both qualified within a tenth of a second of the Mercedes man’s pole position time.

“It was pretty close, obviously,” Vettel said after the session.

“[It is] always a bit of a shame when you miss out on that little time.

“I think six hundredths, you can always debate that you had them somewhere in you, but I was pretty happy with the laps I had.”

With the track being so green after the amount of rain that came down on Friday, the German admitted that it was difficult to piece together the perfect lap.

“I think it was quite tricky to get everything together,” the four-time World Champion added.

“Obviously it has been dry today and [therefore] better for us but the wind was quite tricky at times but it is the same for everyone.

“But yeah, pretty happy given the last couple of weeks that we have had. Pretty happy be back in range.”

Vettel did admit, though, that the Ferrari still struggles in the wet conditions, as was shown in both Friday practice sessions.

“I think today has been surprisingly close.

“I don’t think we expected it to be that close so that is good.”

After his three-place grid drop for failing to slow sufficiently for red flags in FP1 on Friday morning, Sebastian Vettel will start the United States Grand Prix from P5.