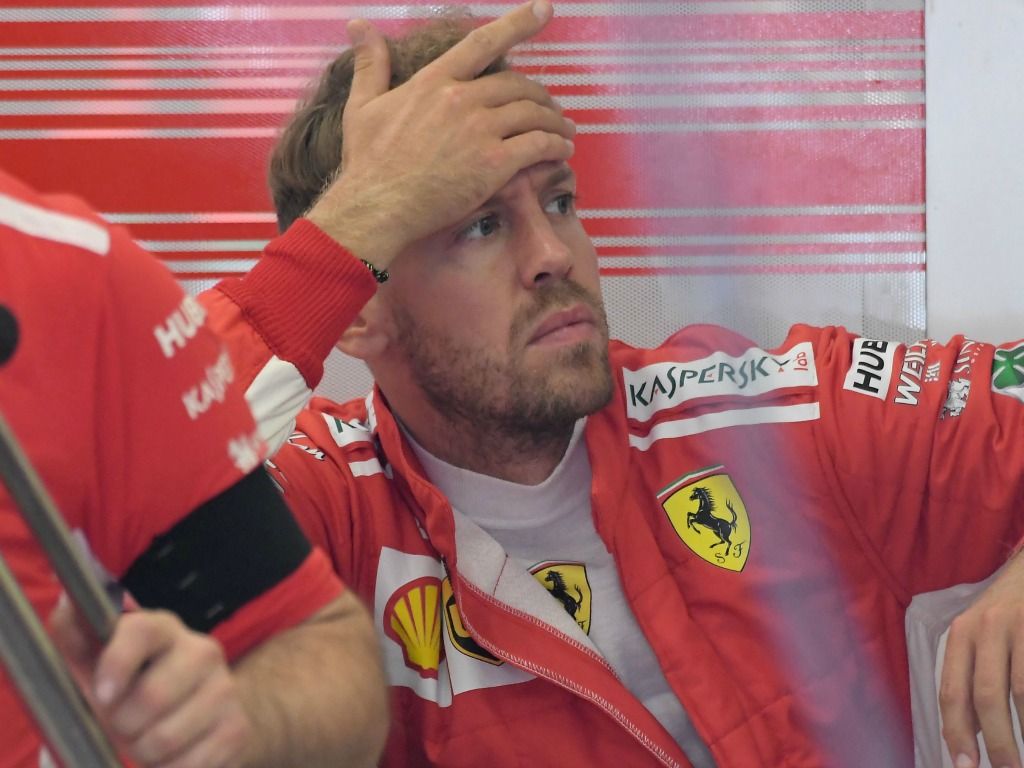 Sebastian Vettel has conceded Ferrari are not as comfortable in wet conditions after being “in control” in the dry at the Hungaroring.

Vettel was quickest in the Saturday morning FP3 session but could not convert that into a sixth pole position of the 2018 season as the heavens opened in Budapest.

Instead Vettel’s best time in Q3 was only good enough to put him P4 on Sunday’s grid and he was out-qualified by team-mate Kimi Raikkonen for the first time since the season opener in Australia.

“I don’t think there was an awful lot missing but we were not quick enough,” Vettel said.

“I think it was difficult in the wet and difficult to squeeze everything out of the car. I think the laps that I had were fine but just not quick enough.

“I think in the dry we were pretty much in control.

“It wasn’t dry this afternoon so it wasn’t meant to be but we will see tomorrow obviously as the race is long so we will see what we can do.

“In wet conditions we are not as confident as in the dry so there is some work to do and I think today it was a tricky session and it could have been anything.

“I think we managed it well until the end, we were missing a bit but that’s how it is.

“It’s not easy – it’s better to start first but we will prepare to win from fourth.”

Vettel heads into the Hungarian Grand Prix with a 17-point deficit to Lewis Hamilton in the World Championship standings.

And Hamilton will start from pole position in a Mercedes one-two after excelling in the wet conditions.