Home News Vettel: I don’t need to leave a legacy 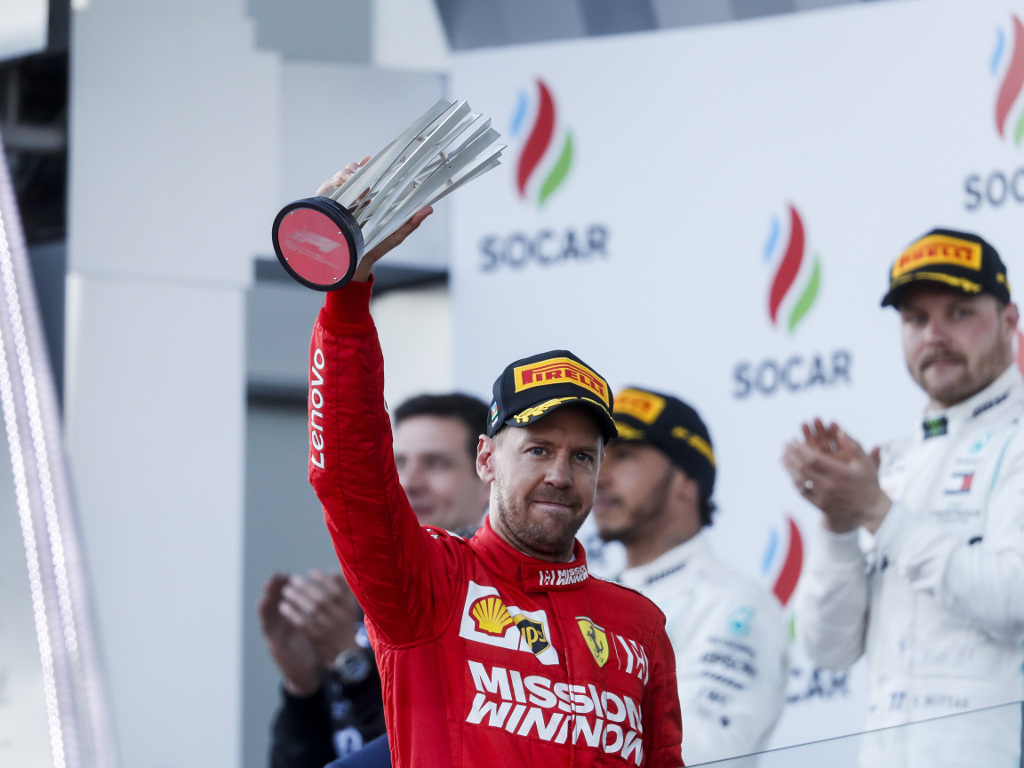 On the back foot as he once again battles for a fifth World title, Sebastian Vettel insists he is not looking to leave a “legacy” in Formula 1.

With a run of four successive Drivers’ titles with Red Bull in the early 2010s, there was talk of Vettel following in the footsteps of Michael Schumacher and becoming a seven time World Champion.

That has yet to happen, nor does it look today as if it will.

Since his last title in 2013, Vettel has twice finished runner up and twice bagged P3 in the standings.

This year he is once again struggling to reach the main prize, undone by his own errors as well as those from the Ferrari pit wall.

Lagging behind in the championship, some 35 points behind Mercedes’ Valtteri Bottas, he was recently asked by Sky F1’s Martin Brundle how he wants to be remembered in F1.

“I think, especially nowadays, the world is moving so fast – I don’t need to be remembered.

“I hope that when I’m older, I’m progressive – moving forward and not looking back.

“I think it’s nice to look back on a career, but it’s not the point of our lives, I guess.

“It’s much more about looking forward.”

But while Vettel’s wait for a title continues, Ferrari’s wait is even longer having last won the Drivers’ crown back in 2007.

Asked if he would swap two of his Red Bull titles for one with Ferrari, the German said: “Maybe I’m a bad dealer but I wouldn’t because I’m convinced I can win with Ferrari.

“Nine is not a good number, let’s make it 10! It’s something that I want to achieve first.

“I don’t want to sound selfish or arrogant, but I put a lot of pressure on my shoulders.”

The 31-year-old also weighed in on his new team-mate Charles Leclerc, who is proving to be quite a handful this season.

In three of four races Ferrari have issued team orders in Vettel’s favour as the Monaco driver seems evenly matched with his four-time World Champion team-mate.

Vettel said: “I think it’s normal if you’re in the same car, you’re fighting your team-mate for the same spot on the track every now and then.

“Obviously it’s up to me to make sure he’s rather behind rather than in front.

“We are obviously pushing each other and pushing the team, I think that’s the priority.

“To get Ferrari back to winning ways and then the rest will be sorted out.”