Home News Vettel: I thought we could go with Hamilton 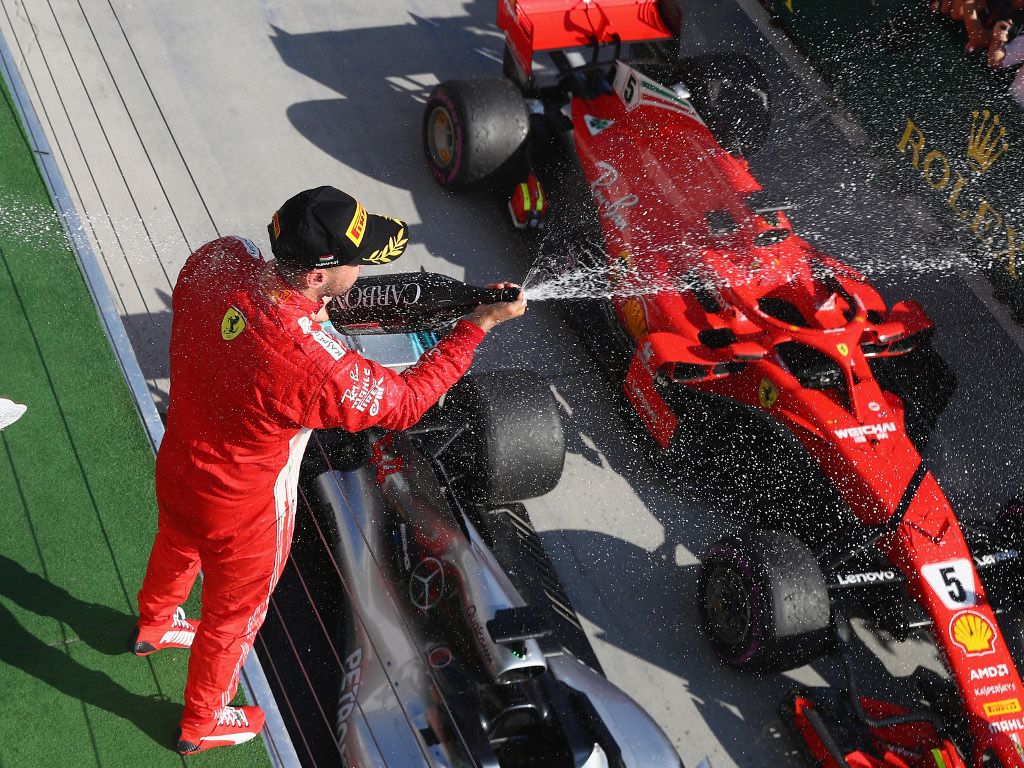 Lacking pace during a wet qualifying session on Saturday, Vettel started Sunday’s 70-lap race from fourth on the grid.

However, with the sun beating down on the Hungaroring circuit, Ferrari believed they could fight Hamilton for the win.

With both Mercedes’ maintaining their positions at the start, Valtteri Bottas did an admirable job in keeping the Ferraris at bay while Hamilton scampered off into the distance.

Ferrari again seemed to lack the pace needed to hunt him down with Vettel even struggling to overtake Bottas.

“I don’t know, I think something was stuck at the rear [of the car],” the German said of his lack of pace.

“Yeah, it was a tough race. Obviously, we were a little bit out of position for the speed that we had. I thought we could go with Lewis today in terms of race pace.

“I had a good start, surprising on the harder tyre, which was good and then we were in third. Then I think we did well.

“I think it was a bit tricky knowing when to come in and then obviously we had a little bit of an issue with the pit stop, as you mentioned, and we came out behind Valtteri [Bottas].

“Then I realised right away that I couldn’t get him, because his tyres were still fresh so I was sitting back and waiting and trying to line up everything for the last ten laps.

“It worked because his tyres were getting worse and worse and I knew, obviously, how long those yellow tyres lasted from the first stint that I had and I was quite confident I could get him at the end.

“Obviously, P2 is not what we really wanted this weekend but I think it is the maximum we could get today.”

Vettel eventually made a move on Bottas and seemed to have cleared the Finn only for Bottas to connect with the rear of his SF71H.

Vettel escaped without damage and raced his way to P2.

He said: “I was surprised to be honest because I was already ahead and I was also just trying to brake so I covered the inside line and not running too deep and then I got a hit from behind.

“I wasn’t sure what was going on and then I was looking in the mirrors and I saw that Valtteri was there with Kimi [Raikkonen], and after that I was clear. I was lucky that the car wasn’t broken and that we could carry on.”