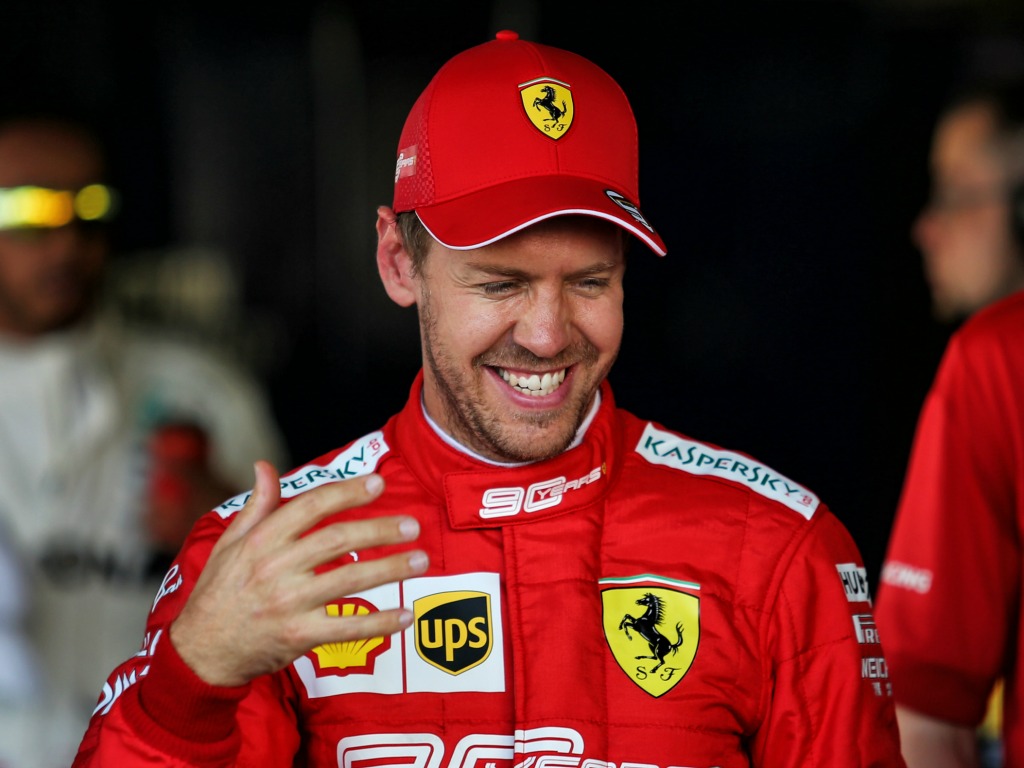 Max Verstappen is not currently very high up on Ferrari’s Christmas card list after he accused them of cheating following the events of the United States Grand Prix, where the Scuderia were suddenly off the pace at the same time the FIA were publishing technical directives about engine legality.

Ferrari has constantly insisted that they have broke no rules and, in the build-up to Brazil, Vettel called Verstappen’s comments unprofessional and immature.

After Verstappen comprehensibly beat the competition to pole position at Interlagos, Vettel, who will start from P2, teased the Dutchman over his initial comments.

“It was a bit of surprise to see, not to see them this quick but to see them that quick on the straights,” Vettel said in the post-qualifying FIA press conference.

“A little bit suspicious,” he then said, with a smile on his face turning to Verstappen.

“I don’t think they have introduced a new spec. It was a bit of a surprise. We were always a bit faster than everyone else on the straights. Today Max and Alex were as fast as us. I don’t know why, we haven’t done anything different.”

Vettel about Max/Red Bull: "It was a bit of surprise to see, not to see them this quick but to see them that quick on the straights. A little bit suspicious."#BrazilGP pic.twitter.com/EPxThVax8i

On his own qualifying performance, Vettel said he suffered a “wobble” in Q3 which hindered his chances of taking pole position,  but is still cautiously optimistic about Sunday’s race.

He added:”I had a bit of a wobble at the exit of the last corner on the last run, but Max improved his time so fair play. It’s his pole position.

“I’m happy with the front row, now we’ll see what we can do tomorrow. The car has been good, it got better through qualifying, so hopefully we can keep that momentum for the race.

“It will be difficult. Both Red Bull and Mercedes look a bit stronger managing tyres, but we are there for a reason. We’ve got the speed, we’ve got the power, so let’s see what the race brings. I’m carefully optimistic.”