Home News Vettel: ‘Maybe I was not as calm as can be’ 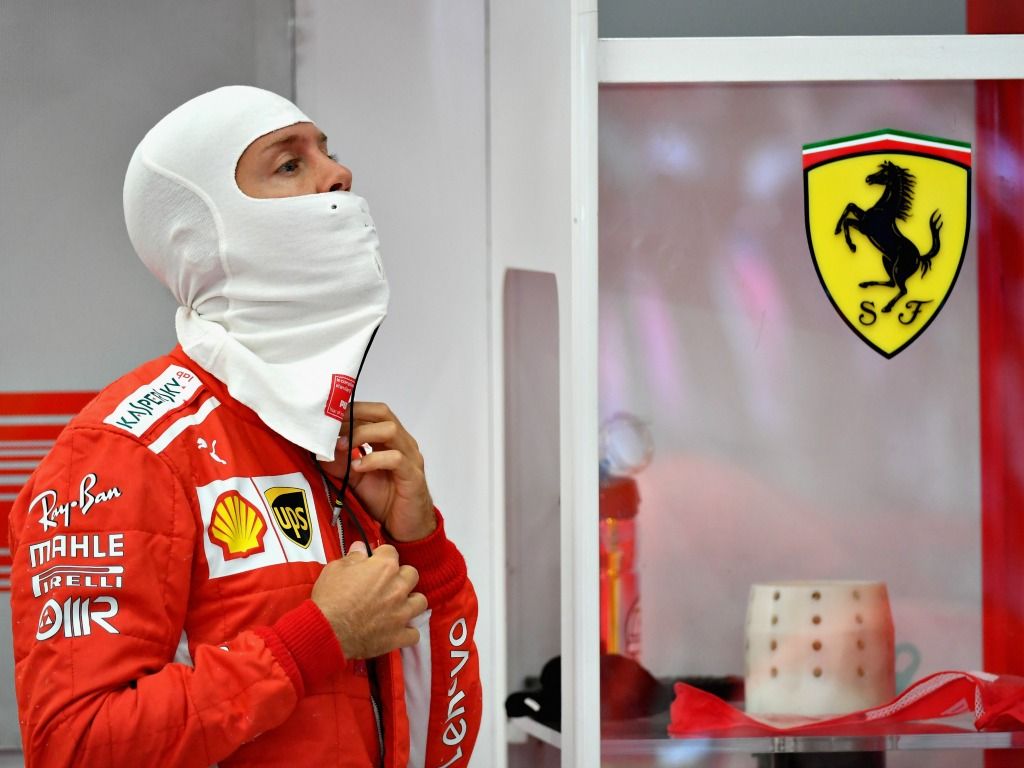 Sebastian Vettel has admitted that he was not as calm as he maybe needed to be in order to take pole for the Belgian Grand Prix.

The final part of qualifying saw the weather change, and rain start to fall on the seven-kilometre Spa-Francorchamps circuit.

The German eventually qualified in P2, over eight tenths behind pole-sitter, and Championship rival, Lewis Hamilton.

Vettel admitted that there was confusion in the Ferrari garage as soon as the rain started coming down.

“There was confusion!” Vettel said in his on-track interview.

“When all of a sudden in starts to rain like this, obviously from a team point of view you have to manage two cars.

“Kimi was rushing to get back out and in the end now you look it is sunshine. It is nearly dry again.”

The four-time World Champion said that he struggled in the conditions, especially with traffic, and with the intermediate tyres.

“I didn’t also know what to do in traffic,” he added.

“The track was drying out, I wanted to save the tyres and I had a bit of traffic with Esteban [Ocon] in front and then you know that any lap can be the lap, but equally you know the lap can be at the end if it continues to dry out.

“Maybe I was not as calm as can be in the car. In the end, as I said, I am happy with P2, front row for tomorrow. We have strong pace and anything can happen.”

The German also admitted that Hamilton deserved pole, but that the Ferrari team could have timed their attempts in Q3 better.

“I think we didn’t time it great. Look, in these conditions it can be anything,” Vettel continued.

“You might as well take second from where we are. I think we had the pace for pole but obviously you will ever find out.

“Q3 was a bit different. I think the gap was quite big so it was deserved for Lewis [Hamilton] to get the pole but tomorrow I am quite sure we have good pace in the car for the race.”