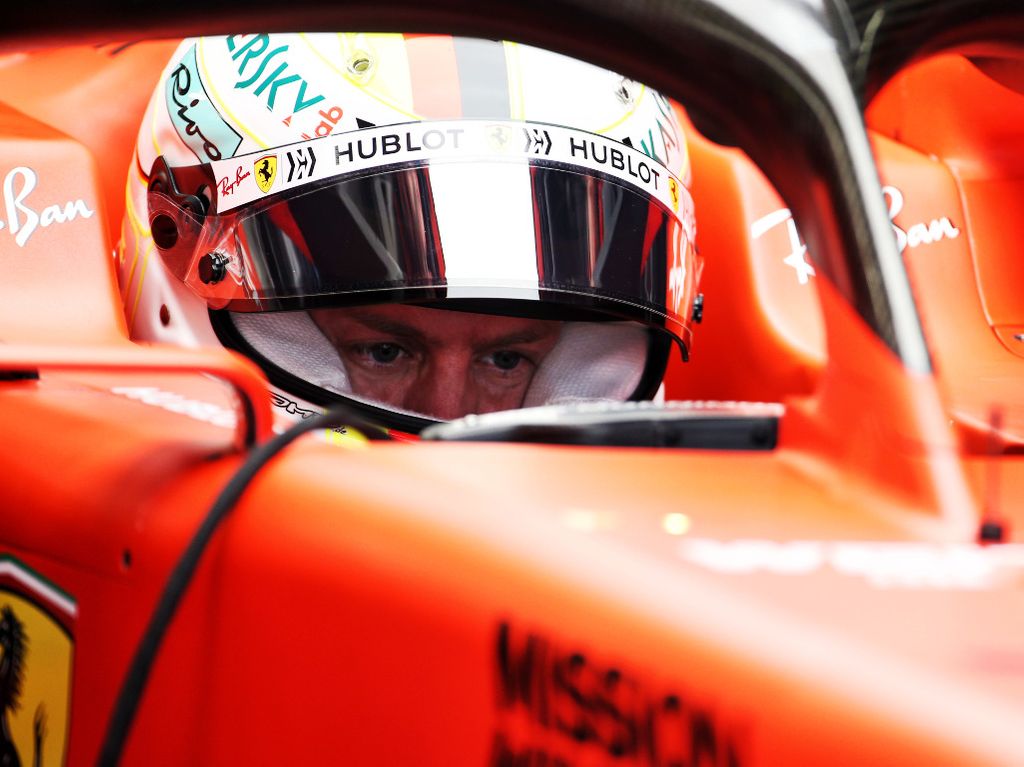 Sebastian Vettel has said Ferrari’s straight-line speed is being countered by Mercedes being “bloody quick” in the corners.

Heading into China as favourites by many, the Scuderia were unable to make any real impression on Mercedes with pole-sitter Valtteri Bottas three tenths clear of Vettel in P3.

Vettel tried to take some comfort from the fact that he is starting right behind the two Silver Arrows, but feels their main strength is clear for all to see.

“I think we had a good session, maybe there was a little bit more.” Vettel told Martin Brundle on track.

“I was actually quite happy I managed the final attempt because it was quite marginal on time.

“I think there was maybe a little bit more but not enough to beat these guys today.

“They are bloody quick in the corners. When we get close we have an advantage on the straight line so maybe we can do something there.”

Vettel would later add to the press that he is still not completely happy with the feeling of his SF90 car.

“We have a strong platform to work from, we started off well from Barcelona, the feeling was strong,” he said.

“Since then, [we’ve] struggled to repeat that. The past two races, we had little issues here and there.

“Bahrain didn’t go my way. Saturday, had a small problem. Sunday, struggled in the first stint. Here and there, I’m not happy.

“You try and drive around the problems and try to set up the car properly.

“Maybe some things related to tracks, which Barcelona doesn’t show, but the car is strong so it’s up to us to extract the performance.”