Home News Vettel: Mercedes were in ‘league of their own’ 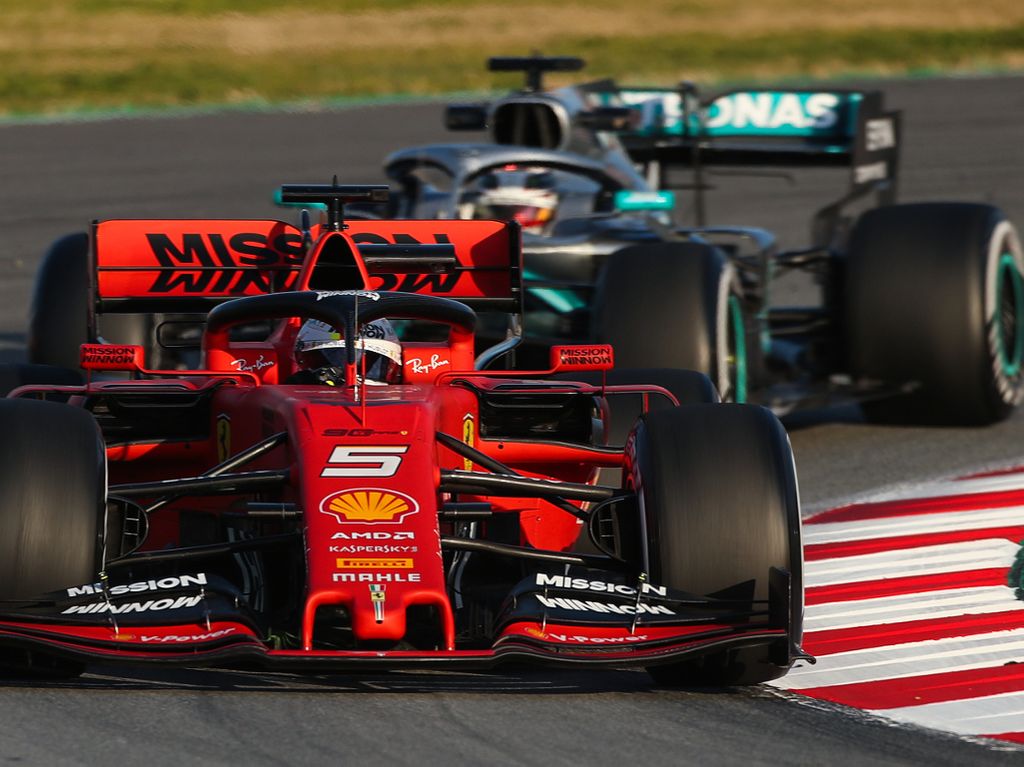 Sebastian Vettel says Mercedes look in a “league of their own” after he finished free practice 0.873s behind Lewis Hamilton’s FP2 time.

The reigning World Champion also topped the FP1 standings, but at that point was less than a tenth clear of Ferrari’s duo of Vettel and Charles Leclerc.

However, the Silver Arrows left the pack chasing in the second session, claiming a 1-2 as Max Verstappen came closest to them in P3, but still a whole 0.8s adrift.

“I think for us we are not where we would like to be – not in terms of lap time but in terms of car feel and handling.

“We didn’t really get into the groove and rhythm and that’s quite important around here.

“So if we can get that confidence and that groove back, there is a lot of lap time in that around here.”

Even if Ferrari were to find this pace, the four-time champ believes Mercedes will take some catching.

“I think they looked really quick, and I don’t know if it was just us struggling a bit today or others, but as a matter of fact they were in a league of their own,” he added.

“Maybe everyone else was struggling and then we can turn it around, but they looked very strong and much stronger than they claimed before the weekend.

“But I’m optimistic because I know the car can do much better.”