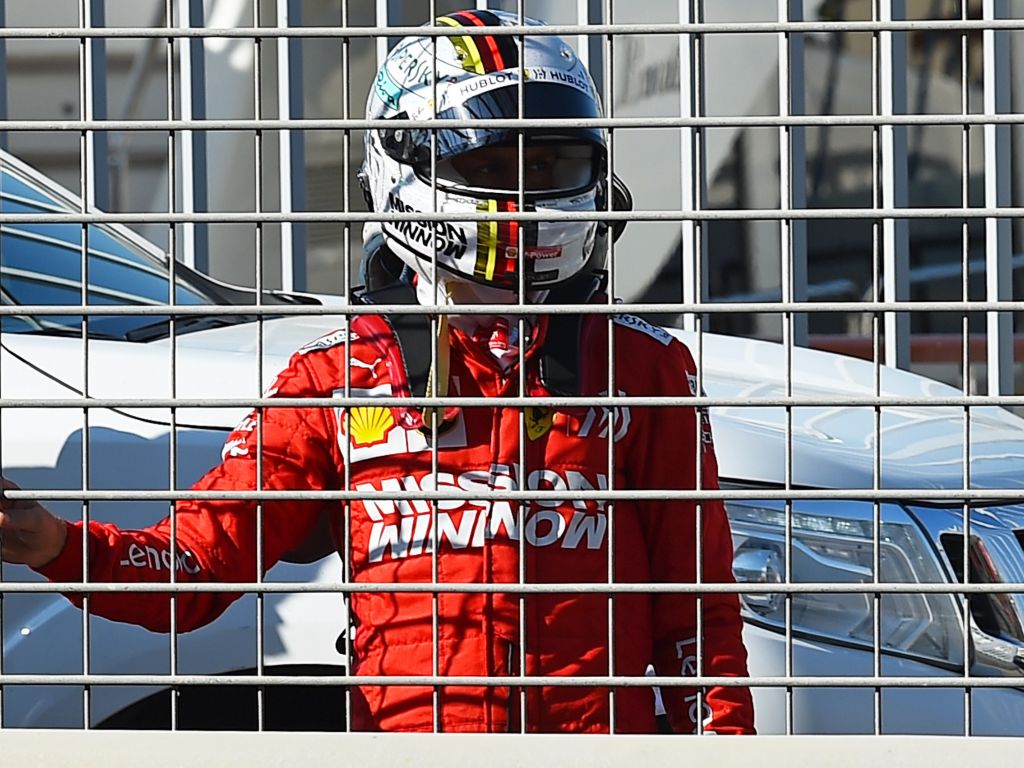 Sebastian Vettel refused to blame anyone for team-mate Charles Leclerc’s failure to make the line in time to start a second Q3 lap in Abu Dhabi.

Ferrari struggled to match the pace of Mercedes or Max Verstappen at the Yas Marina Circuit, so for their final flying laps in Q3 Ferrari left it until the dying seconds to put Vettel and Leclerc on-track with the circuit getting faster throughout Q3.

But they would “screw up” in the words of team principal Mattia Binotto with Leclerc failing to make the line to start a second Q3 lap, leaving him P3 on the grid.

The incident brought back memories of qualifying in Monza where drivers tried so hard to back each other up to find a tow that eight of the ten were timed out in Q3, but Vettel doesn’t think anybody can be blamed this time around.

“Alex [Albon] was backing up because he had a McLaren in front of him,” Vettel told Sky Sports.

“I don’t think that’s the point of the exercise either, it was just a pity because my tyres were very cold to start with and I lost it straight in the first corner, and Charles didn’t even start a lap.”

Asked if he was expecting more from qualifying, Vettel suggested that he did think there could have been more to come from the SF90, but accepts this is a “bad track” for Ferrari.

“Hard to say, maybe yes, obviously we knew a lot of the corners are the corners where we’re not quick enough,” he said.

“In that regard it’s probably a bad track for us, but we’ll see what we can do tomorrow.”

Vettel will start the race from P4, sharing the second row with Leclerc.