Home News Vettel on Ferrari’s chances of success in Hungary 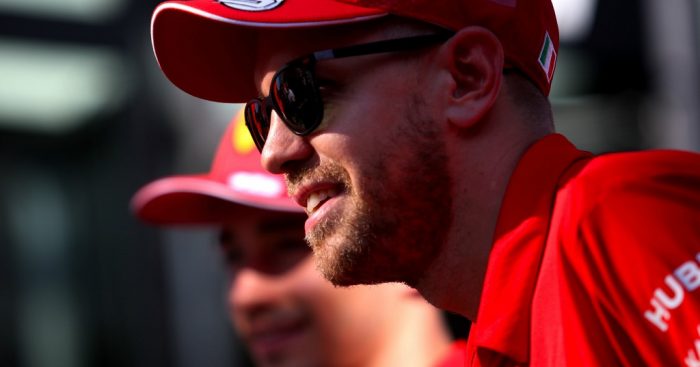 Sebastian Vettel has said he is “open-minded” about Ferrari’s chances of success in Hungary, but does not see the Scuderia as favourites.

Vettel’s fantastic P20 to P2 run in Germany will no doubt inject some much needed confidence ahead of the final race before the summer break, yet he is well aware that Ferrari are still deep in the process of righting the wrongs of this season.

“I’m fairly open-minded,” Vettel told reporters in Hungary about his assessment for the upcoming weekend.

“I think we should be ok but maybe we don’t come here as favourites with the track characteristics being a bit different. We maybe had the same thoughts on other places and turned out to do quite well.

“We need to get our stuff together, we have some new bits and hopefully that will put us some performance and a good direction for the next races in the second half of the season.

“We see the tendency that we are faster on the straights compared to the others but we pay the price in the corners.

“So, I think we have a rather efficient car but we are lacking a bit of downforce, so these two things added together explain also the picture and why sometimes it’s up and why it’s down.”

With the summer almost upon us, Vettel then reflected on the season so far for Ferrari.

“I feel we are making progress. I think Bahrain is an extreme where everything was working quite well and Charles was very competitive the whole weekend,” he added.

“After that we struggled a little bit to repeat for a while and then Canada came around the corner where it was a little more straightforward, Austria and Hockenheim, I think in terms of efficiency and being power-limited, we were able to make more of a difference than in other places but at the same time, as I said earlier, we were able to improve the car and we are going in the right direction.

“This one is exactly the opposite. Efficiency doesn’t matter and you just need downforce, so it will be interesting to see where we are.

“As I said, we are working hard and bringing new bits to try and understand further what we need to do with the car and where we need to go.”