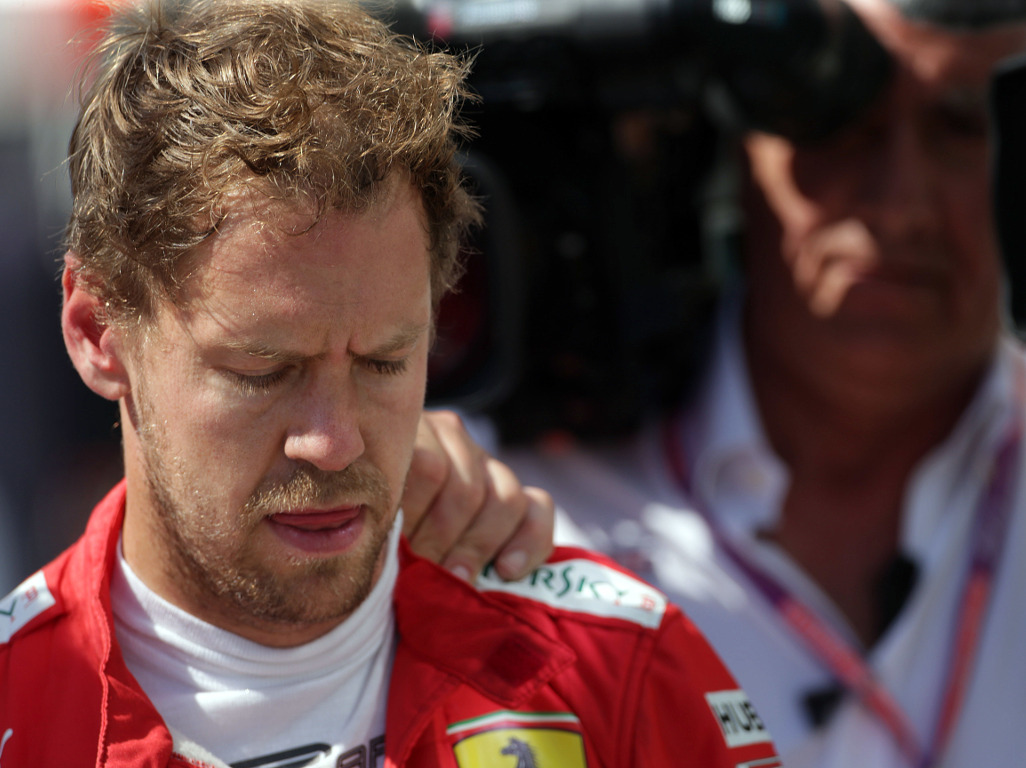 Sebastian Vettel has given a rather blunt response to the news that Ferrari have lost their right to appeal his five-second penalty in Canada.

The FIA now consider the matter closed after stating that Ferrari’s “overwhelming” new evidence, which included an analysis piece from Sky Sports F1, was insufficient to launch an official appeal.

Fresh from the first day of practice for the French Grand Prix, where Ferrari are comfortably off Mercedes’ pace, Vettel gave his reaction to the decision in the paddock.

Vettel was initially asked by Sky Sports’ Ted Kravitz what he can do next to change things regarding the perceived over-regulation of Formula 1.

“Retire,” Vettel jokingly replied. “Then at least I know that I am not in trouble any more.

“It was a joke! People will pick it up but I don’t really care.”

Vettel was then reminded that drivers wanted the FIA to take a closer look at incidents such as his in Canada.

“This started a long time ago…when it was about ‘oh did he cross the white line?’…. let us do what we want.

“If you’re unhappy with how we race or how we drive then build different tracks. It’s as easy as that.

“Don’t build car parks with lines and kerbs on it…like that one.

“Anyways, it is what it is. There are too many paragraphs [in the FIA’s rulebook].

“What do you change? How can you change it? Just burn the papers.”