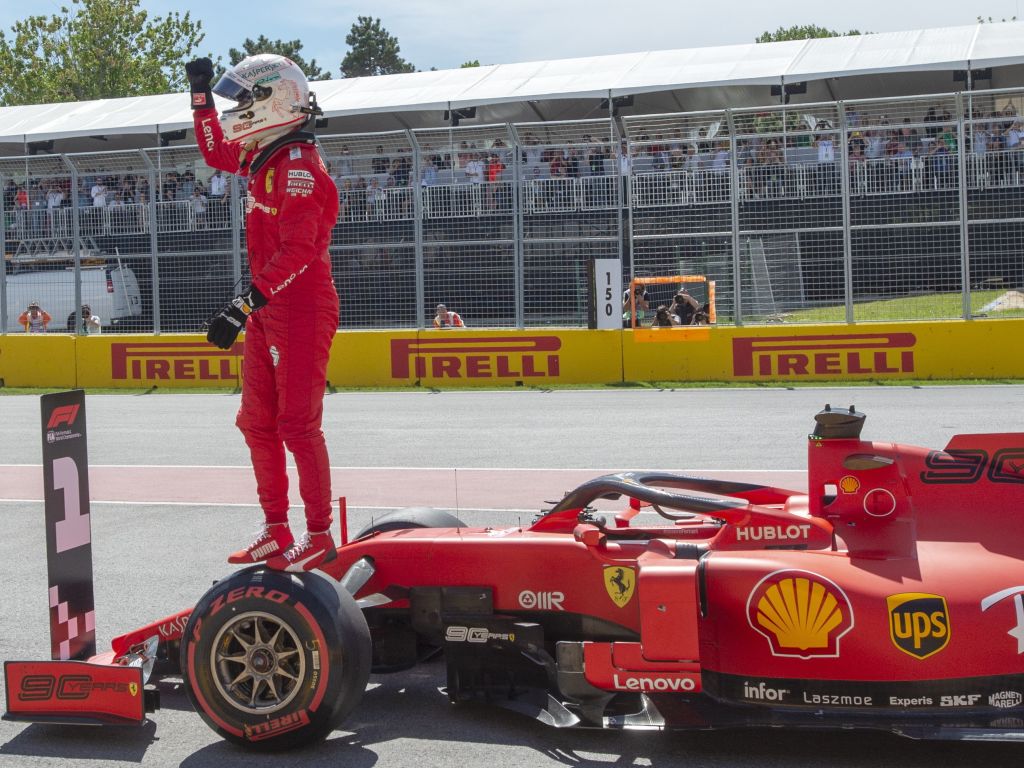 Sebastian Vettel was “full of adrenaline” after he claimed pole for the Canadian Grand Prix – his first pole since Germany 2018.

Lewis Hamilton looked set to claim his seventh pole at the Circuit Gilles-Villeneuve before the German pulled out a stunning 1:10.240s to take top spot on the grid by two tenths of a second from his rival.

Vettel stressed that the five-time World Champion is “bloody good in qualifying”, furthering his sense of excitement to get the job done.

“Very happy, very happy for the team, because the last few weeks – the last 17 races! – the last weeks have been quite tough for us,” he told media in Montreal.

“He [Hamilton] is bloody good in qualifying, hard to crack.”

The Ferrari driver said he could feel something building in the SF90 and he maximised all that performance to deliver his pole lap.

“You know the feeling in the car when it just keeps coming and you feel the grip and then you go for it?” he asked.

This marked an impressive recovery for Vettel and Ferrari, with the Scuderia going from a second off the pace on Friday morning to take pole.

“It was awful,” he said of his initial long-run pace. “Today the car was a lot better, so we take that into tomorrow.

“Obviously we avoid the red tyre, the tyre in the race tomorrow.

“These guys [Mercedes] will be very quick over the distance, but we’ll try everything.”

Charles Leclerc will start P3 but he ended Saturday over six tenths slower than team-mate Vettel, and he stressed that his Q3 performances need to improve.

“This is a point I need to work on to try and set up the car especially for Q3,” said the 21-year-old.

“In Q1 the car felt quite good, Q2 a bit worse, Q3 it slipped away and I also did some mistakes.

“I need to understand from where it comes from to just try to anticipate the track evolution and how the car at its best in Q3.

“It’s my fault, and I need to work on that to make it better.”