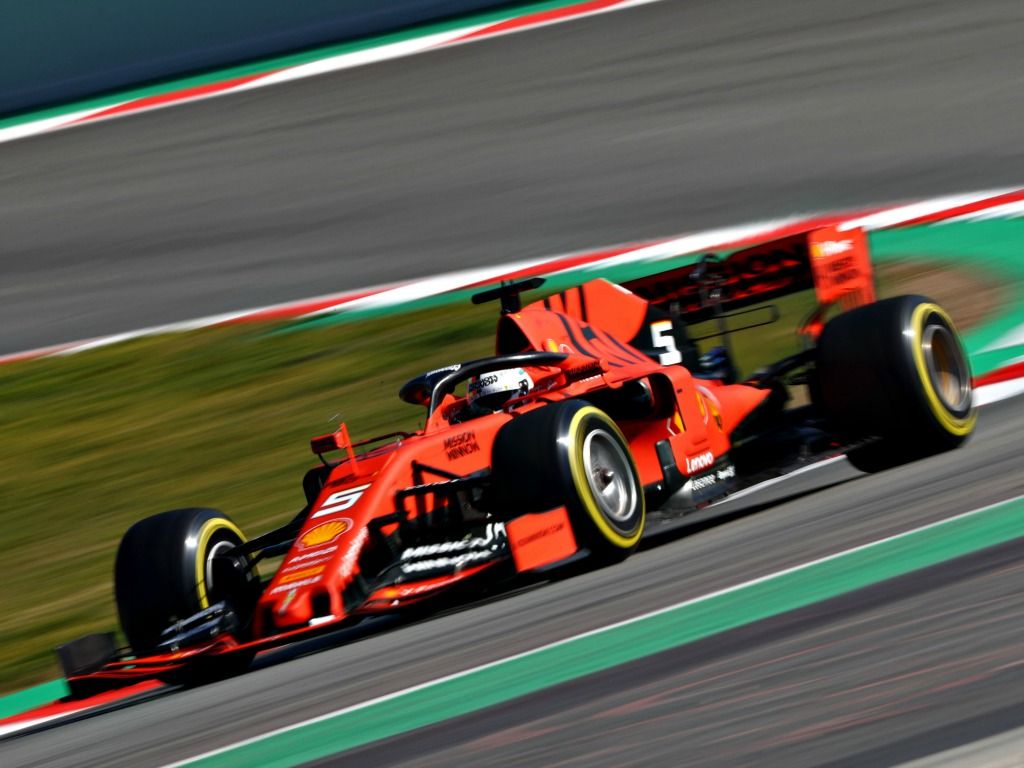 It proved to be a very strong opening day of pre-season testing for Ferrari as Sebastian Vettel topped both lap and mileage charts.

Vettel set the first headline time of the new 2019 campaign with a 1:18.161 in the morning session, a time that was almost two seconds quicker than last year’s Day 1 time set by Daniel Ricciardo in his old Red Bull.

Even more notable at this stage is the fact that Vettel completed the best part of two-and-a-half grand prix distances by the time the checkered flag waved at 1800 local time.

If we cannot confidently say the Ferrari SF90 is fast, we can certainly say it is reliable straight out of the box.

152 laps completed, still some work to do to end up day one! #Seb5 #SF90 #F1Testing pic.twitter.com/ShVwd4ozWM

Inside the last 30 minutes of the day’s running, Sainz joined Vettel into the 1:18 bracket after previously “losing drive” just after the lunch break, forcing a short delay in their programme.

The Spaniard posted a 1:18.558 on the Compound 4 tyres to be four tenths off Vettel, who set his best on the harder Compound 3 tyres.

Grosjean was six tenths further back in the Haas on the same C3 tyres as Vettel.

Max Verstappen followed next in the more familiar red, blue and yellow colours of Red Bull after the team finally showed off their 2019 look.

The Dutchman also went into triple figures on the lap count amid early whispers that all was not initially well with their new Honda power unit.

Kimi Raikkonen, with his new team Alfa Romeo, rounded off the top five despite causing a very early red flag on Monday morning when beaching the C38 in the sand trap…and finishing the day on a recovery truck with a late stoppage.

Daniil Kvyat and Sergio Perez were next on the timesheet in P6 and P7 respectively; the Mercedes duo of Valtteri Bottas and Lewis Hamilton in behind.

The W10 also comfortably clocked up 150 laps on its opening day of running, but Bottas and Hamilton split duties between them in the morning and afternoon.

Hamilton in particular was getting stuck in, enjoying a ding-dong battle with Kvyat in the Toro Rosso as the two jostled for track space in the mid-part of the afternoon session.

Also splitting duties were the two Renault drivers of Nico Hulkenberg and Daniel Ricciardo, who propped up the day one leaderboard.

There was no running from Williams on the opening day as they remain behind schedule.

They released a statement on Monday afternoon to say they will not be in action until “Wednesday at the earliest”.

The morning session on day two of the first pre-season test gets underway at 0900 local time.